Essays on the February 2020 Communal Violence

There was terrible violence in North East Delhi in the last days of February 2020. Fifty-four people were killed, many were wounded, and a large number of people lost their livelihoods. No one denies the fact of the violence. What is disputed is who is responsible for the violence and how the violence must be described.

In nine sharp and insightful essays, leading writers, activists, artists, journalists, and a jurist analyse the course of events, fix culpability, diagnose the condition of our republic, and reflect on larger questions of history and culture which have brought us where we are.

This volume also contains a detailed fact-finding report on the violence, which shows that these events were triggered by the political agenda of the RSS/BJP; in particular the BJP’s losses in the Delhi elections, its determination to put an end to the anti-CAA protests, and to teach all dissenters, and minorities in particular, a lesson. The aim was also to demonize the anti-CAA protests and criminalize all protests. To call the political violence of February 2020 anything other than a pogrom is to misunderstand what happened.

Delhi’s Agony significantly increases our knowledge and understanding of the forces of Hindutva that are inimical to the interests of India.

Justice V. Gopala Gowda is a retired judge of the Supreme Court of India, and a former Chief Justice of Orissa High Court.

K.M. Tiwari is a veteran trade unionist and Secretary of the Delhi State Committee of the Communist Party of India (Marxist).

N. Ram, a former editor-in-chief and publisher of The Hindu, is a Director of The Hindu Publishing Group. He is the recipient of several awards including the Padma Bhushan, the Sri Lanka Ratna, and the Raja Ram Mohan Roy Award for contributions to journalism. He is the author of, or contributor to, several books, including Riding the Nuclear Tiger for LeftWord (1999). Ram represented Tamil Nadu in the Ranji Trophy cricket tournament.

Naseeruddin Shah is a theatre actor and director, founder of the theatre company Motley, and a film actor. He is the recipient of numerous awards, including the Sangeet Natak Akademi Award, three National Film Awards, three Filmfare Awards, and an award for Best Actor at the Venice Film Festival. He is the author of And Then One Day: A Memoir.

T.M. Krishna is a Carnatic vocalist, activist, and author. Recipient of the Ramon Magsaysay Award in 2016, he is the author, most recently, of Sebastian and Sons: A Brief History of Mrdangam Makers. 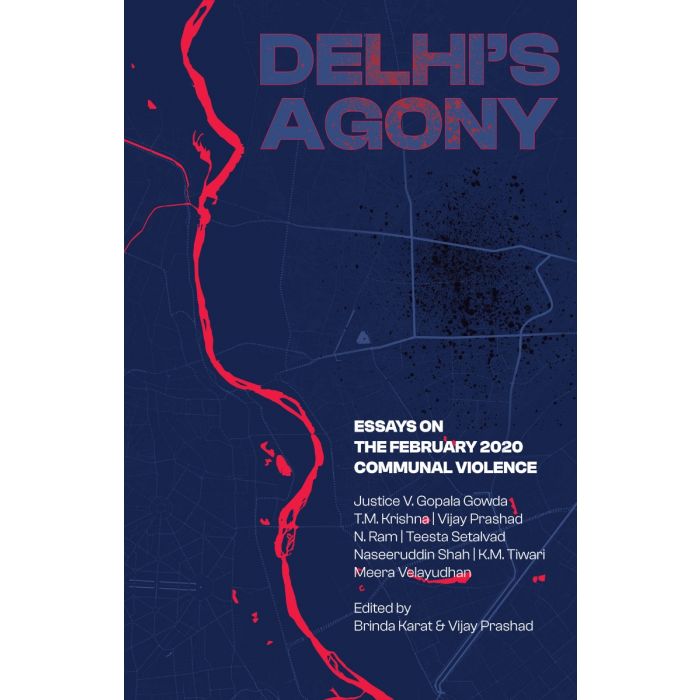