The Bicycle Diaries chronicles the journeys of Indian cyclists who managed to travel the globe.

INR 599.00
Out of stock
SKU
LWB1087
A century ago, twelve Indian cyclists undertook five separate global cycling journeys; eight of them succeeded. Each of these rides were lucidly recorded, penned and pictured by a handful of Indians, who were the only ones to cycle the streets of the world. They pedalled through a Europe devastated by two World Wars, Great Depression in America, civil wars and peoples’ revolutions in Asia, and abject poverty and homelessness in Africa. They rode across the deserts of the Sahara and Mesopotamia, the rainforests of the Amazon and Southern Asia and over the mighty heights of the Alps and the Andes. The Bicycle Diaries chronicles their journeys.

After more that 2 decades of journalism and academic careers in Mumbai, Anoop Babani and Savia Viegas moved to Goa in 2005. Today both are avid cyclists, besides being active in arts, education, and film society movements in Goa. The manage SaxttiKids, a pre-primary school and Saxtti Films, a not-for-profit initiative to showcase good cinema.
HISTORY |
Skip to the end of the images gallery 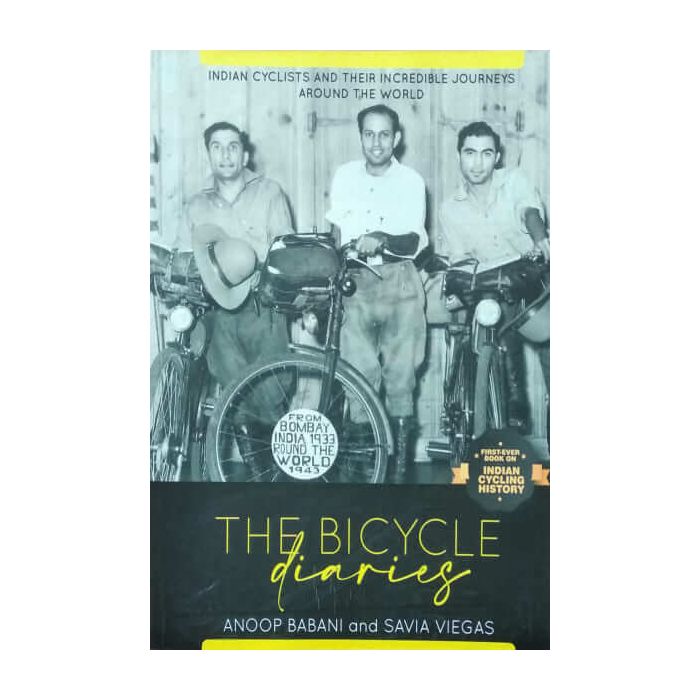