The Anger of Saintly Men

INR 0.00
In stock
SKU
LWB1086
The Anger of Saintly Men is the story of three brothers, Sonu, Anu and Vicky, growing up in the 90s. A new decade has started. Maine Pyar Kiya has just been released. Young boys are having wet dreams after imagining what Salman Khan saw when Bhagyashree undraped herself for him on that windy night. The three brothers have just moved to their new, first and last home, which they name, Chuhedani. The Anger of Saintly Men explores how little boys are made men in Indian households. A story of sexual awakening, heartbreak and growing up under the shadow of India's first wave of liberalisation. Told with compassion, the book delves deep into issues of masculinity, caste, class, homophobia and shame. The Anger of Saintly Men questions systems which have crushed men's expectations, desires & hopes for centuries. One of the first novels that compels us to think on how we raise men and patriarchy's deep grip on men's life.

Anubha Yadav is a writer and filmmaker based in Delhi. Yadav has won the Dastaan Award (2014) and has been shortlisted for the Wasafiri New Writing Prize (2013). She teaches broadcast studies at Delhi University. 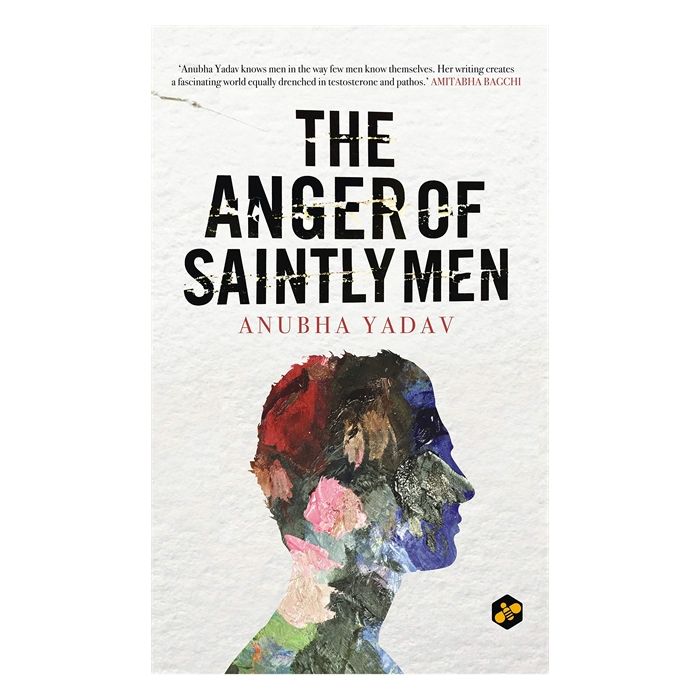