Sin is a Puppy

That Follows You Home

Beginning in the late 1980s, northern Nigeria saw a boom in popular fiction written in the Hausa language.

Known as littattafan soyayya ("love literature"), the books are often inspired by Hindi films—which have been hugely popular among Hausa speakers for decades—and are primarily written by women. They have sparked a craze among young adult readers as well as a backlash from government censors and book-burning conservatives.

Sin Is a Puppy That Follows You Home is an Islamic soap opera complete with polygamous households, virtuous women, scheming harlots, and black magic.

It's the first full-length novel ever translated from Hausa to English.

And it's quite unlike anything you've ever read before.

"Utterly addictive. I couldn't stop reading it because I HAD to know what happened next... Would I read more by this author? Heck yeah! So I hope more is made available. This is the kind of literature I'd "binge read", then rant and rave about the inequality, injustice and stupidity of the characters' actions, and then go back and read more." -- Nnedi Okorafor, author of Binti

Balaraba Ramat Yakubu published her first novel in 1987, and has been one of the bestselling Hausa authors ever since. She has also written, directed, and produced a number of films for Kannywood, the Hausa-langauge film industry based in Kano, Nigeria.
Skip to the end of the images gallery 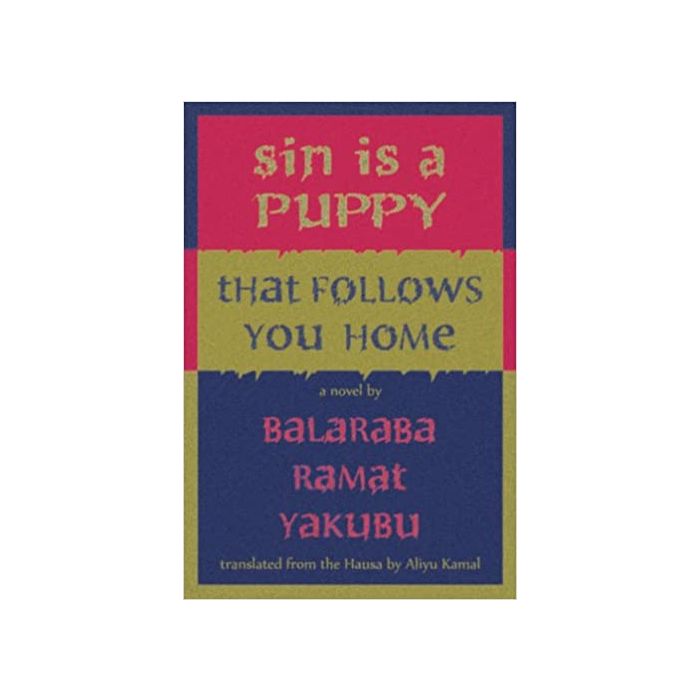