The Limits of Art

Tzvetan Todorov explores the complex relations between art, politics, and ethics in the essays that make up The Limits of Art. In one essay, “Artists and Dictators”, Todorov traces the intimate relationship between avant-garde art and radical politics in pre-revolutionary Russia, pre-Fascist Italy, and pre-Nazi Germany. Todorov sets forth the radical idea that the project of totalitarian dictators and avant-garde artists actually “emerged from the same womb”: both artists and dictators set out to make it new—be it art or society.

Further troubling the role of art in the world at large, in “Art and Ethics” Todorov re-examines the age-old question of what can be expected from art and whether it should be emancipated from ethics. Must art be morally instructive, or should it be self-sufficient and concept-free? The answer is not an either/or to Todorov, who believes, like Baudelaire, that art has both cognitive and ethical aspects to it—even if it is presented as art for art’s sake.

hroughout the essays in The Limits of Art, Todorov insists on the essential need for artists to recognize, understand, and even love the world outside.

‘Todorov harbors no illusions about the mix of good and bad that enters into the fabric of all that is human [. . .] He speaks throughout in his own voice, with rare breadth of sympathy and with a fine eye for the complexities of human experience.’ —New Republic

‘The strength of Todorov’s [. . .] essay lies not so much in its originality as in the elegance and persuasiveness of its thought. His central claim is that good writing can only be achieved when the author makes room for an understanding of the world, particularly the world of human relationships [. . .] Taken together, the two essays in The Limits of Art make it a treasure amongst a sea of flotsam. It is to be hoped that it will become a required text for students of art, literature and philosophy where it will go a long way to clarifying the obfuscations often found in such courses.’ —M/C Reviews 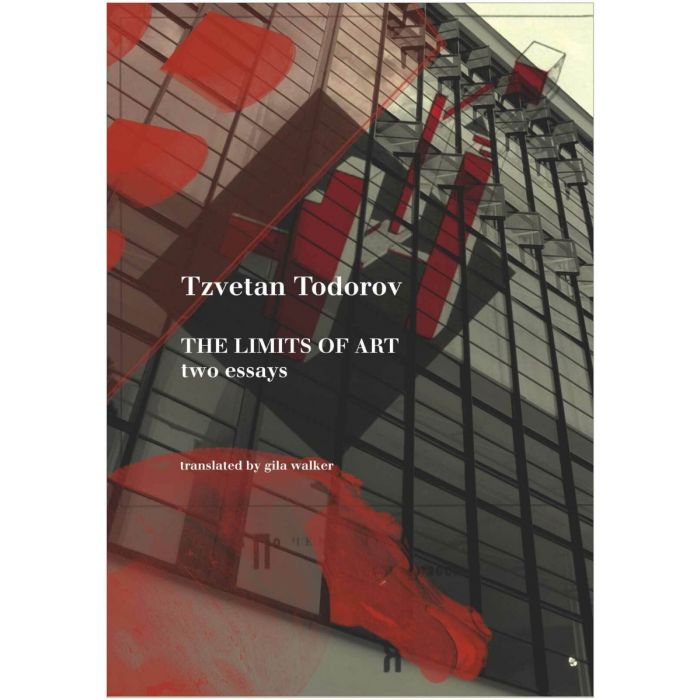