Adventures Into the Unknown

INR 295.00
In stock
SKU
LWB1040
As the essays in this collection testify, even half a century after his death in 1966, D D Kosambi continues to be provocative, instructive, and contemporary. Many of the arguments that he makes in his two didactic and hitherto unpublished essays are insightful and incisive, and display, in a new setting, the range of his scholarship and the breadth of his interests. The other essays that are included here are his passionate advocacy of solar energy, and his posthumously published autobiographical essay that outlines his credo, and that lends its title to the book.

Damodar Dharmananda Kosambi (July 31, 1907 – June 29, 1966) was a man with a Renaissance type of versatility: he had a wide range of knowledge without sacrificing depth. He was a mathematician, statistician, and polymath who contributed to genetics by introducing Kosambi ’s map function. He did pioneering work in numismatics and in compiling critical editions of ancient Sanskrit texts. Above all, he was an outstanding Marxist historian.

Ram Ramaswamy (born 1953) is a scientist who teaches at the School of Physical Sciences, Jawaharlal Nehru University. 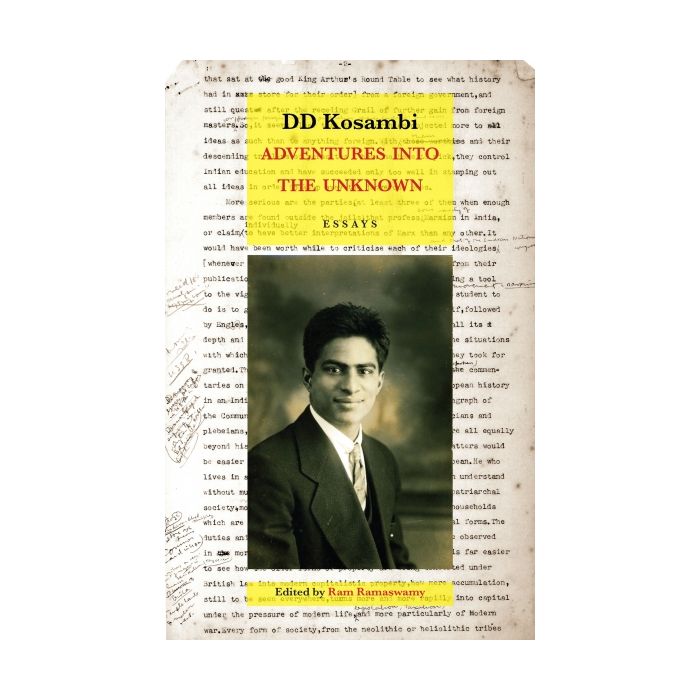