A Scientific Enquiry into Belief

Originally published in Marathi as Timiratuni Tejakade, rationalist and activist Dr Narendra Dabholkar’s magnum opus, The Case for Reason is both a vision document for, and a chronicle of, the battle that he and his co-activists waged against obscurantism, superstition, pseudo-sciences and blind faith in the scriptures.

In Dabholkar’s view, it is the constitutional duty of every Indian citizen to develop a scientific temper, and the Andhashraddha Nirmoolan Samiti’s (ANiS) campaigns have made this the central argument of their work. A few days after Dabholkar was shot dead by religious extremists in 2013, the Maharashtra government issued an anti-superstition ordinance that was in essence a tribute to Dabholkar’s life-long struggle.

The Case for Reason is available in two volumes, the second of which—A Scientific Enquiry into Belief—delves into the anatomy of faith. In this volume, Dabholkar discusses god, religion, secularism and rationalism, and attempts to understand what it will take for society to transcend the infirmities that misguided religious faith imposes on society.

Argumentative and illuminating, this book is a guide to the thinking of one of India’s most independent, important voices—available for the first time in an English translation.

Suman Oak was a Professor of Education in SNDT Women's University, Mumbai. Post her move to Pune, she worked very closely with Dr Narendra Dabholkar and ANiS.

RELIGION | CULTURAL STUDIES |
Skip to the end of the images gallery 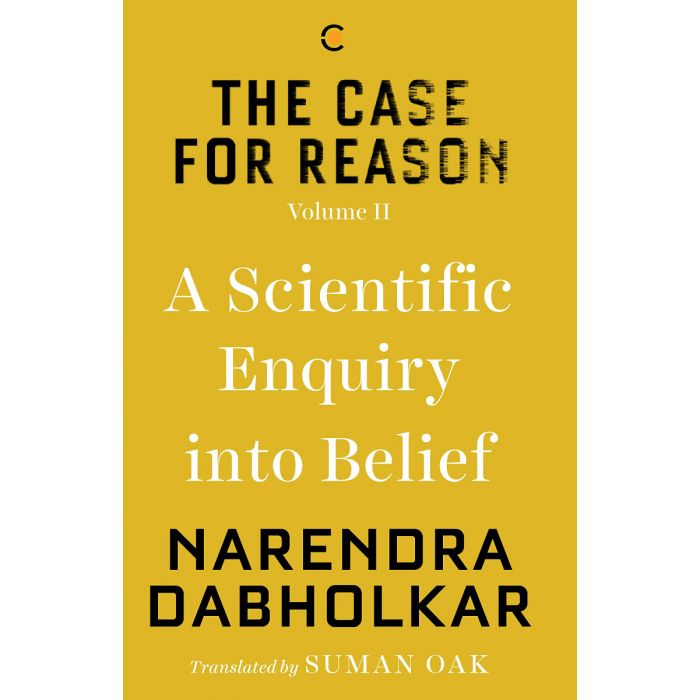