Rahul Sankrityayan (1893–1963) was a polymath and polyglot. A pioneering explorer-traveller, he is known not only for his travelogues but also for contributions to history, philosophy, memoir-writing, polemics, biography, drama, translation, lexicography, critical commentary on and emendation of rare Buddhist philosophical texts recovered from Tibet, and diverse fiction, mostly historical. He even authored a science-fiction novel, Baisvin Sadi. Ever the seeker, he moved where his learning led him – from the Arya Samaj, to Buddhism, to Marxism. A founding member of the Communist Party of India in Bihar, he was imprisoned for three years by the colonial government. He was conferred the Padma Bhushan in 1963.

Volga se Ganga, Sankrityayan’s most popular book, is a genre-defying work of historical fiction that seeks to track the migration of peoples from the bank of the Volga in 6000 bce to the banks of the Ganga in 1942, the year it first came out. It takes the reader by the hand, guiding them through the evolution of Indo-European culture and politics over this 8,000-year period with stories that leap across centuries, peopled with characters historically known and vividly imagined, who fall in love, fight each other, write poetry, expound philosophy, debate ideas, sacrifice their lives for causes, eat, drink, entertain, dress, love, and hate in terms that would be recognizable to a historian as being appropriate to their times.

Volga se Ganga has been translated across languages, Indian and foreign, but this edition, for the first time, brings together all twenty chapters in English.

Kanwal Dhaliwal is a painter, sculptor, author, and translator. He did his B.F.A. in Painting (1984) from Government College of Arts, Chandigarh, and an M.A. in Art in Architecture (2002) from the University of East London. He also has a Master’s degree in Russian (1991) from the Institute of English and Foreign Languages, Hyderabad. He has previously translated Volga se Ganga to Panjabi.

Maya Joshi is Associate Professor of English Literature at Lady Shri Ram College, but considers it her good fortune to have been exposed from childhood to literatures other than English and subjects other than Literature. Her publications include a critical edition of Mary Shelley’s Frankenstein; a co-edited volume on Buddhist philosophy, Pramana: Dharmakirti and the Indian Philosophical Debate (Manohar, 2010); a translation with critical introduction of selections from Rahul Sankrityayan’s Baisvin Sadi for The Gollancz Book of South Asian Science Fiction, ed. Tarun Saint (2019); and a chapter on Sankrityayan and Ambedkar’s engagements with Buddha and Marx in India and Civilizational Futures: Papers from The Backwaters Collective on Metaphysics and Politics, ed. Vinay Lal (2019). In 2017–18, she was Fulbright-Nehru Visiting Scholar at the University of Pennsylvania, working on an intellectual biography of Rahul Sankrityayan, whom she has enjoyed reading, speaking and writing on for over a decade.

Victor Gordon Kiernan (1913–2009) was a British Marxist historian. He was part of the famous Communist Party Historians’ Group of the 1940s that included E.P. Thompson, Christopher Hill, Rodney Hilton and others. He was described by Hill as ‘one of the most versatile of British historians’. 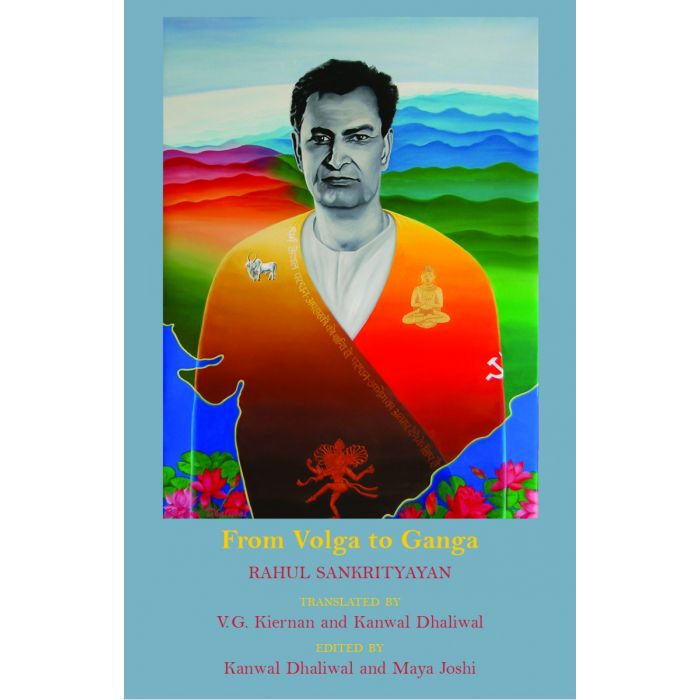 [Volga to Ganga] is quite unlike any I have read in recent times. . . .We travel down the river of time, holding the author’s hand, as he paints a panoramic view of history which is also rich in small details and wondrous sights, sounds, smells. . . . Maya Joshi’s excellent introduction and notes provide a valuable context for the modern reader possibly unaware of the author’s formidable reputation as a polymath and polyglot.