When Women Approach the Courts of Tamil Nadu

‘This is a book about brave women. Brave – because the process of going to court is hard; even harder when the woman is without financial or emotional support from family, custom, or the present reading of the law. It speaks powerfully to every woman, and everyone who abhors gender-based discrimination.’ – Githa Hariharan, novelist

Justice K. Chandru, former judge of the Madras High Court, heard many cases in his illustrious career and passed landmark judgments on them – over 54,000 in fact. Among these are rulings on common burial grounds irrespective of caste, community-based reservation in noon meal centres, women becoming priests in temples, dispensing with police permission to stage plays, and more.

In twenty short accounts of such cases, Justice Chandru recounts how bold and courageous women, by approaching the law for redressal of wrongs done to them, have not only contributed to the fight for social justice, but have broadened and enriched the very meaning of justice.

JUSTICE K. CHANDRU is an advocate and former judge of Madras High Court. He disposed of 96,000 cases during his tenure as a Judge. A 1993 case that Chandru argued as a lawyer is the subject of the hit Tamil film Jai Bhim (2021, dir. T.J. Gnanavel), in which his character is played by the actor Suriya. He writes in Tamil and English, and his previous book was the bestselling Listen to My Case!: When Women Approach the Courts of Tamil Nadu (LeftWord, 2021). 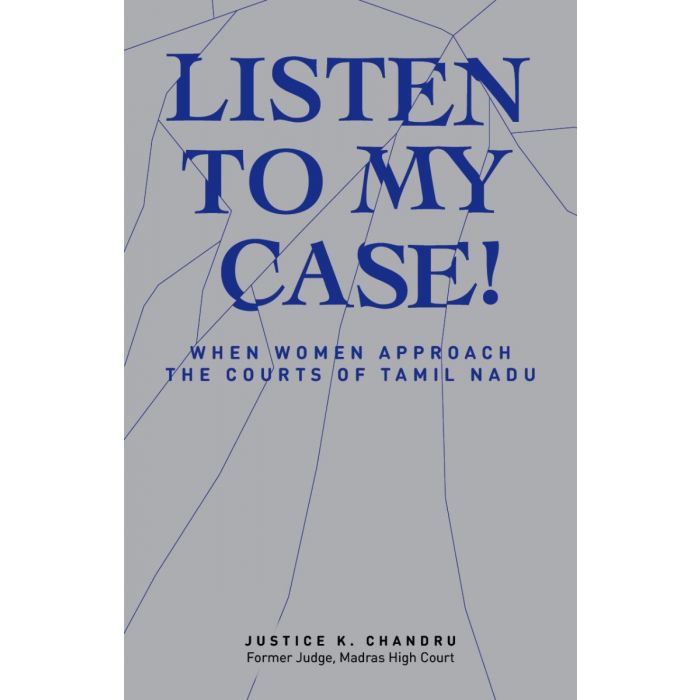 “An extremely moving book and a must-read to understand the voices of women who approach the legal system. It also shows how application of various laws can be done in an imaginative and dynamic manner.”