A Critique of Contemporary Capitalism

‘This book is an inspirational initiative by the Indian Political Economy Association which presents deep insight into key issues of contemporary capitalism by Marxist scholars from different parts of the world, and opens the door for envisioning socialism in the 21st century.’
- Xiaoqin Ding, Chair Professor of Shanghai University of Finance and Economics, China and Secretary General of the World Association for Political Economy.

‘The Indian Political Economy Association is to be congratulated for re-invigorating the study of global political economy by means of a well-organised international collaboration between leading scholars worldwide. For students and researchers seeking fresh insights into the turmoil in today’s world order, this volume will be an invaluable resource.’
- Alan Freeman, Co-Director, Geopolitical Economy Research Group, University of Manitoba, Canada.

‘Addressing a range of issues relating to the political economy of the world system, this volume is a timely and useful addition to the literature in the area. Covering historical and contemporary themes it is an ambitious effort that would spur debate in a period in which there is a revival of interest in political economy.’
- C. P. Chandrashekhar, Former Professor and Dean, School of Social Sciences, Jawaharlal Nehru University, India.

The present volume is an attempt to make students and researchers familiar with contemporary issues in global political economy with a focus on the working of global capitalism in the last four to five decades. The volume covers a wide range of issues from conceptual questions to empirical investigation with the aim to promote a critical understanding of the major challenges posed by contemporary capitalism. It contains contributions of leading political economists from India and abroad. The volume will be a significant resource for developing a graduate course in global political economy. It will also be useful for universities and colleges which are already conducting political economy courses. They can update their curriculum to include emergent global issues in detail along with providing necessary coverage of historcal issues/debates. 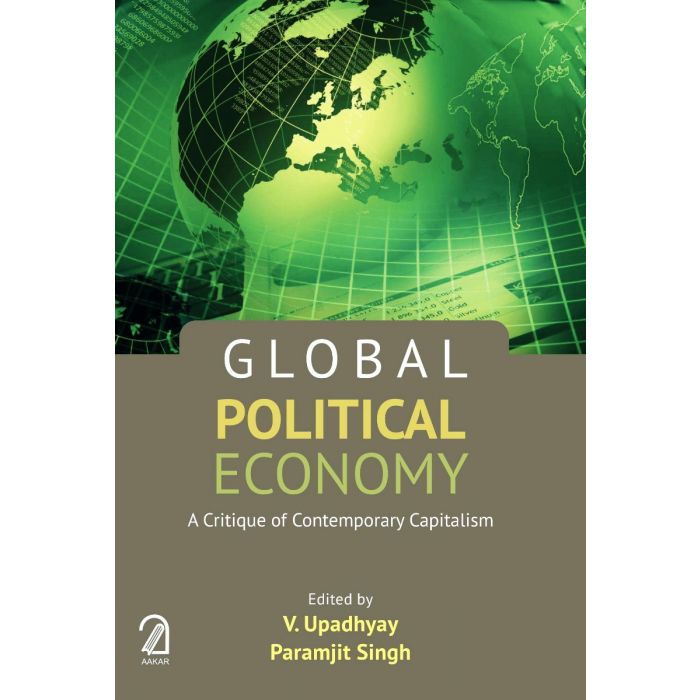