History of the Paris Commune of 1871

Lissagaray’s Histoire de la Commune is the only authentic and reliable history as yet written of the most memorable movement of modern times. It is true Lissagaray was a soldier of the Commune, but he has had the courage and honesty to speak the truth. He has not attempted to hide the errors of his party, or to gloss over the fatal weaknesses of the Revolution; and if he has erred, it has been on the side of moderation, in his anxiety not to make a single statement that could not be corroborated by overwhelming proofs of its truth. Wherever it was possible, the statements of the Versaillese in their Parliamentary Inquiries, in their press, and in their books are used in preference to the statements of friends and partisans; and whenever the evidence of Communards is given, it is invariably sifted with scrupulous care. And it is this impartiality, this careful avoidance of any assertion that could be considered doubtful, which should recommend this work to English readers.

It is time people understood the true meaning of this Revolution; and this can be summed up in a few words. It meant the government of the people by the people. It was the first attempt of the proletariat to govern itself. The workers of Paris expressed this when in their first manifesto they declared they ‘understood it was their imperious duty and their absolute right to render themselves masters of their own destinies by seizing upon governmental power’. The establishment of the Commune meant not the replacing of one form of class rule by another, but the abolishing of all class rule. It meant the substitution of true co-operative, i.e., communist, for capitalistic production, and the participation in this Revolution of workers of all countries meant the internationalizing, not only the nationalising, of the, land and of private property.

And the same men who now cry out against the use of force used force — and what force! — to vanquish the people of Paris. Those who denounce Socialists as mere firebrands and dynamitards used fire and sword to crush the people into submission.

And what has been the result of these massacres, of this slaying of thousands of men, women, and children? Is Socialism dead? Was it drowned in the blood of the people of Paris? Socialism today is a greater power than it has ever been. The bourgeois Republic of France may join hands with the Autocrat of Russia to blot it out; Bismarck may pass repressive laws, and democratic America may follow in his wake — and still it moves! And because Socialism is today a power, because in England even it is ‘in the air’, the time has come for doing justice to the Commune of Paris. The time has come when even the opponents of Socialism will read, at least with patience if not with sympathy, an honest and truthful account of the greatest Socialist movement — thus far — of the century.

Hippolyte-Prosper-Olivier "Lissa" Lissagaray (November 24, 1838 in Toulouse – January 25, 1901 in Paris) was a literary animator and speaker, a Republican journalist and a French revolutionary socialist. Lissagaray is known for his investigation of History of the Paris Commune of 1871, an event in which he participated. He collected testimonies from the survivors in exile in London, Switzerland and consulted all documents available at the time to ensure accuracy. He was assisted by Karl Marx in the writing of History of the Paris Commune of 1871, which was translated to English by Eleanor Marx. The current English translation is from the first edition dating in 1876.
SOCIALISM | HISTORY |
Skip to the end of the images gallery 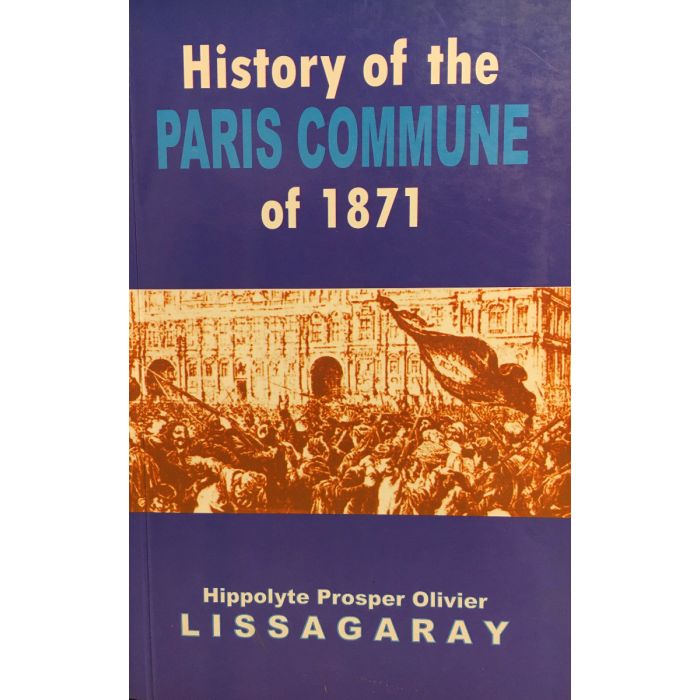