Ever since the Bolivarian Revolution began in Venezuela in 1998-99, the United States government – on behalf of its various allies – pursued a policy of hybrid war to undermine and destroy Bolivarianism. This hybrid war has included the unilateral, criminal sanctions regime which has been deepened during the COVID-19 pandemic; the Venezuelan people are being suffocated by a policy imposed on them. Venezuela’s only provocation was to chart out a path for itself that consolidates the country’s sovereignty and improves the life of the Venezuelan people. Viviremos, say the Venezuelans as they struggle to uphold their dignity, we will live.

The authors of this book chart out the character of the unilateral, criminal sanctions and offer heartfelt assessments of how this hybrid war is being prosecuted by the United States and how it is being resisted by the people. Their essays are a contribution to ending the imperialist attack on Venezuela.

Manolo De Los Santos is the co-executive director of the People’s Forum and is a researcher at Tricontinental: Institute for Social Research. He co-edited, most recently, Viviremos: Venezuela vs. Hybrid War (LeftWord Books/1804 Books, 2020) and Comrade of the Revolution: Selected Speeches of Fidel Castro (LeftWord Books/1804 Books, 2021). He is a co-coordinator of the People’s Summit for Democracy. 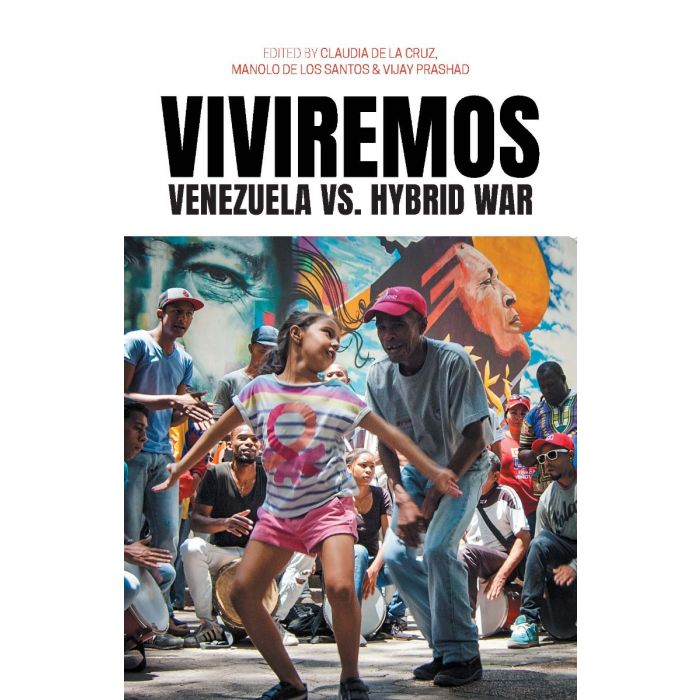