From Mathura to Manorama

Resisting Violence Against Women in India

From the late 1970s to the present, feminists in India have had to deal with spiralling violence against women and the alarming ramifications of its forms, as well as assess their strategies to combat It. This monograph reviews twenty-five yers of protest and action by them, in an attempt to take both our analysis and theories forward. It maps the trajectory of feminist organizing in India in the post-Emergency period, after 1977; the paths of legal reform and the points at which they ahve intersected with, or resulted from, feminist campaigns; the texture of campaigns and the creativity with which women's groups have fashioned and sustained difficult struggles against violence; the persistence of feminist interventions and the ways in which different groups have been able to tilt the balance in favour of women in perceptible ways; and the escalation of collective violence, increasingly by agents of the state, against women.

Kalpana Kannabiran is a founder member of Asmita Resource Centre for Women, Secunderabad, and teaches sociology and law at NALSAR University of Law, Hyderabad. With Vasant Kannabiran, she has co-authored De-Eroticising Assault: Essays on Modesty, Honour and Power (2000), and translated from the original Tamil, Web of Deceit, a novel by Muvalur A. Ramamirthammal (2003). She received the VKRV Rao Award for Social Science Research in 2003, for her work on the social aspects of law. 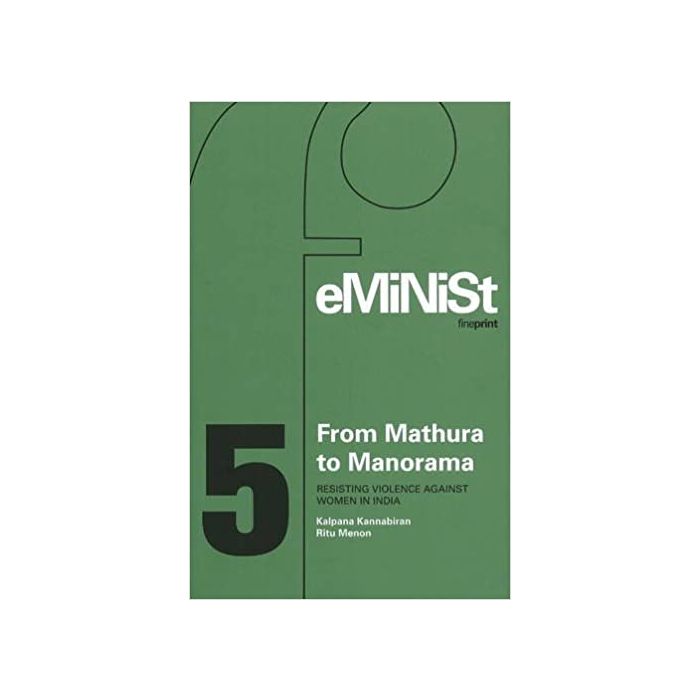