People have disagreed since time immemorial. They have argued or agreed to disagree, or eventually arrived at agreement. All that is part of life, of living. But we live in times when any form of dissent in India is marked as anti-Indian, suggesting that the very concept of dissent has been imported into India from the West. It is an argument made by those who visualize the Indian past as free of blemishes and therefore not requiring dissenting opinions. But as Romila Thapar explores in this timely historical essay, dissent has a long history in the subcontinent, even if its forms have evolved or changed through the centuries.

Thapar looks at the articulation of dissent, focusing on nonviolent forms, that which is so essential to all societies, and relates it to various moments of time and in varying contexts as part of the Indian historical experience. Beginning with Vedic times, she takes us from the second to the first millennium BC, to the emergence of groups that were jointly called the Shramanas—the Jainas, Buddhists, and Ajivikas. Going forward in time she explores the views of some Bhakti sants and others of the fifteenth and sixteenth centuries AD, and brings us to a major moment of dissent that helped to establish a free and democratic India: Mahatma Gandhi’s satyagraha.

In her argument she emphasizes the use of the idiom of religion as reflecting social change, ending with the eventual politicization of religion in the present. She also highlights the public response to particular forms of dissent. She places in context the recent peaceful protests against the Citizenship Amendment Act and National Register of Population in places like Shaheen Bagh, Delhi. Implicit in this is the question of whether or not the idiom of religion is necessary? Thapar maintains that dissent in our time must be audible, distinct, opposed to injustice and supportive of democratic rights. The articulation of dissent and debate through dialogue is what makes of it a movement that changes society for the better.

Written by one of India’s best-known public intellectuals, Voices of Dissent has immense relevance. It is essential reading for anyone who contemplates not only the Indian past but also the direction in which society and the nation is headed. 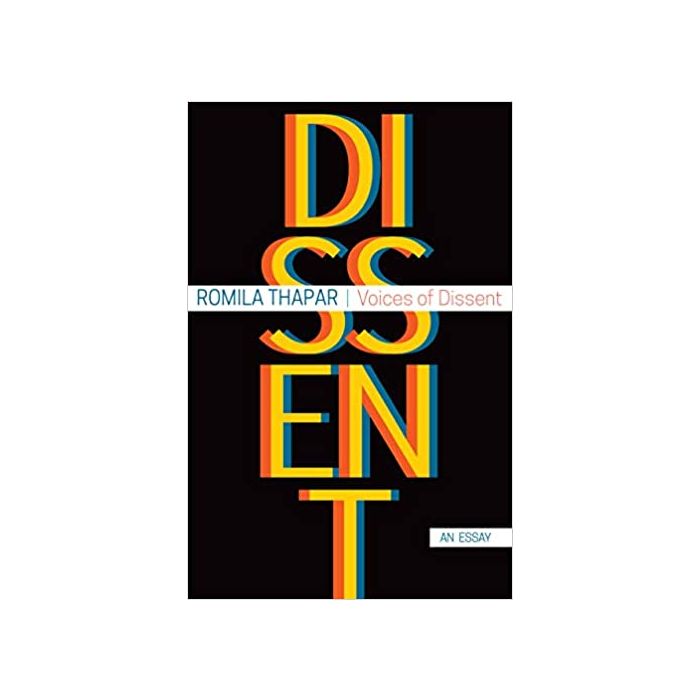