Words and Worlds of P.C. Joshi

INR 0.00
In stock
SKU
LWB690
Faced with many disappointments within the Communist Party to which he had dedicated his life and in the realm of politics beyond, P.C. Joshi turned to a deep and life-long engagement with the party's history. It was an engagement that led to the creation of a rich archive on the complex history of the Indian Left. On 1 December 1970, this collection was formally acquired by Jawaharlal Nehru University, New Delhi, and Joshi himself was the Director of this archive for the first five years, ably assisted by K. Damodaran. In 1974, the archive was set up as an adjunct to the School of Social Sciences, JNU. The materials in the 'P.C. Joshi Archives on Contemporary History' consist primarily of documents and papers from the personal collection of P.C. Joshi. They include rare magazines and journals, publications of communist parties and various other Left groups from several parts of the globe; and books, pamphlets, photographs, and copies of important files and letters relating to the Communist Party of India. P.C. Joshi himself had long been writing on a wide range of issues, commenting on contemporary political developments, Party positions and strategies, historical events and processes, and on debates and concerns among workers and peasants, artists and writers, students and the youth. Many of these were published in the journals with which he was associated, though some important reflections remained unpublished. This volume contains a selection from Joshi's large body of writing, which will serve as an introduction to the man, his writings and his times. The articles are presented here in a chronological framework, starting with excerpts from Joshi's memorable deposition in the Meerut Conspiracy Case and continuing to his last writings before he fell critically ill. The first chapter, titled 'In His Own Words', is an autobiographical note that he wrote on 7 November 1970. In addition to a selection of Joshi's writings, the volume contains invited articles by scholars/writers which evaluate and contextualize Joshi and his times.

Gargi Chakravartty, formerly a faculty member of Maitreyi College, University of Delhi, is also a social activist. She is the author of Gandhi's Challenge to Communalism (1987), Coming Out of Partition: Refugee Women of Bengal (2005) and P.C. Joshi: A Biography (2007). 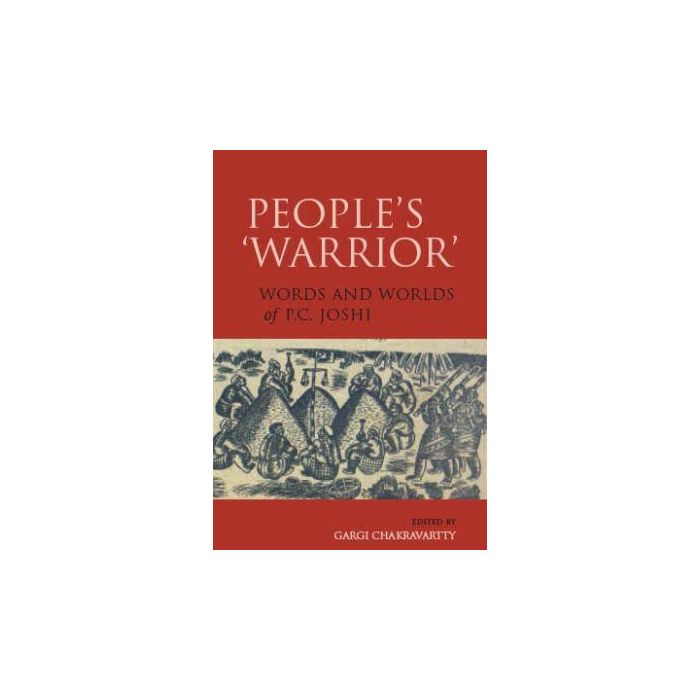