After years of prevarication, the Bharatiya Janata Party has at last publicly and explicitly owned up Vinayak Damodar Savarkar as its cult figure. The BJP seeks to displace Gandhi from his position as the pre-eminent symbol of Indian nationalism and project, in his stead, Savarkar as a national hero. This is an enterprise, however, that is fraught with risk. The risk of the truth coming out in the open.

This book investigates the figure of Savarkar, the author of the term 'Hindutva'. What it finds does not add up to a flattering portrait. Savarkar rejected the inclusive, secular concept of 'territorial nationalism' and advocated the exclusivist, communal concept of 'cultural nationalism'. He repeatedly apologized and gave written undertakings to the government. He was directly connected to more than one murder. And most damagingly, as the book demonstrates in great detail, it was Savarkar who led the conspiracy to assissinate Mahatma Gandhi on that fateful winter evening of 1948.

Inimitably forthright and hard-hitting, A.G. Noorani builds a devastating case against Savarkar. With a wealth of information and historical detail, this book is a must for all those interested in modern Indian politics and the history of communalism in India. 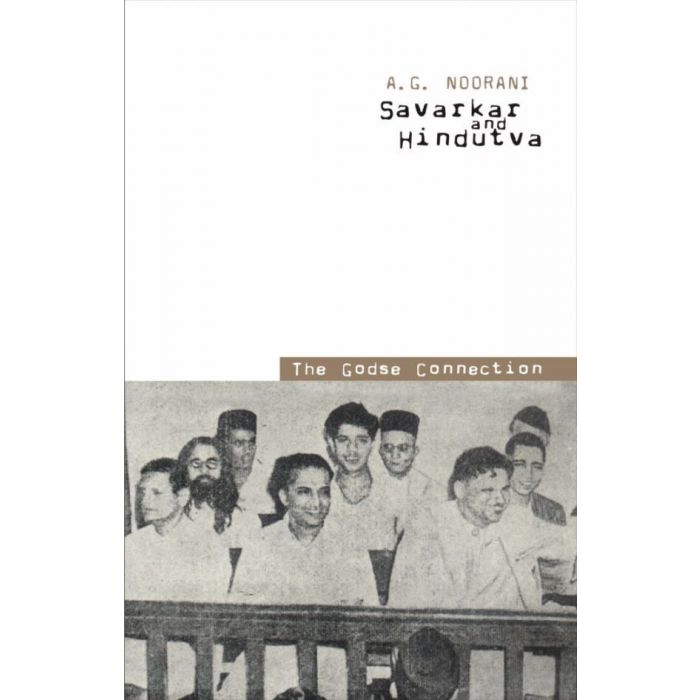