The RSS and the BJP

A Division of Labour

https://mayday.leftword.com/catalog/product/view/id/18649/s/the-rss-and-the-bjp-a-division-of-labour/
INR 49.00
In stock
SKU
The RSS and the BJP

What was the role of the Hindutva forces in the struggle against the British?

What links did Gandhiji's killer Nathuram Godse have with the RSS?

How did the political arm of the RSS, the Jan Sangh, and its later incarnation, BJP, come into being?

How have the BJP, and through it, the RSS, managed to earn respectability for themselves in India's political landscape?

How does the division of labour within the Sangh parivar, between the RSS and BJP, the BJP and the VHP, the VHP and Bajrang Dal, as indeed between Vajpayee and Advani, work

In the case against Advani and his ministerial colleagues for their role in the demolition of the Babri Masjid a political case?

What are the current agendas of the RSS?

What does the elevation of the hardliner Sudarshan to the post of the Sarsanghchalak of the RSS mean?

The fascist Rashtriya Swayamsevak Sangh, through its political arm, the BJP, is now at the centre of Indian politics. This poses a grave danger to Indian democracy and secularism.

Marshalling a wealth of factual and archival detail, eminent lawyer and political commentator A.G. Noorani answers these and a host of other questions in his characteristically forthright and hard hitting style.

COMMUNALISM | E-BOOK |
Skip to the end of the images gallery 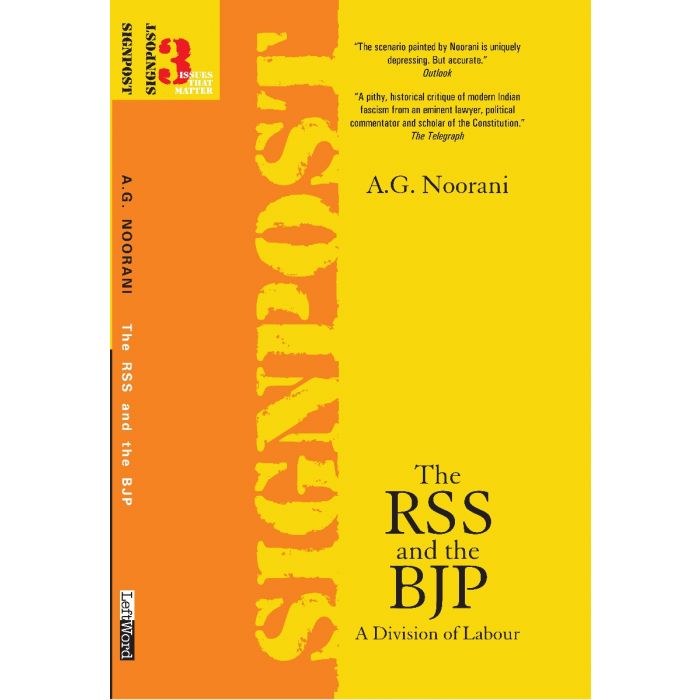