The Death and Life of Safdar Hashmi

‘I was very fond of Safdar, but who wasn’t? We liked him for his charming personality, his easy laughter, sophisticated manners, effortless articulation, clear-cut views and tender human values.’ – Habib Tanvir

On New Year’s Day in 1989, Jana Natya Manch – Janam – the theatre group Safdar was a part of, and which he led, was attacked while performing a street play on the outskirts of Delhi. He was only thirty-four when he died from injuries sustained during this senseless attack.

Beginning with a record of the attack that killed him, this vivid memoir illuminates the life of Safdar Hashmi – artist, comrade, poet, writer, actor, activist, and a man everyone loved. But this is not a book about one man or one tragic incident. Halla Bol shows us, close up, how one man’s death and life are intertwined with the stories of many people.

For a generation that grew up without knowing Safdar Hashmi, Halla Bol renders his passion, humour and humanism into an intimate portrait. It also gives an understanding of resistance, and the strength to put it into practice. It shows the profound link between ideology and real-life struggle. The ideas that Safdar and his colleagues grappled with during a period of tumult and change in India are harbingers of the society we are today.

Halla Bol, the play Janam was performing in Jhandapur at the time of the attack, is included in English translation as an appendix to the book.

A teaser for a podcast based on Sudhanva Deshpande's book on Safdar, हल्ला बोल: सफ़दर हाश्मी की मौत और ज़िंदगी, releasing on April 22. The book recounts Safdar's life from the perspective of one of his close collaborators. 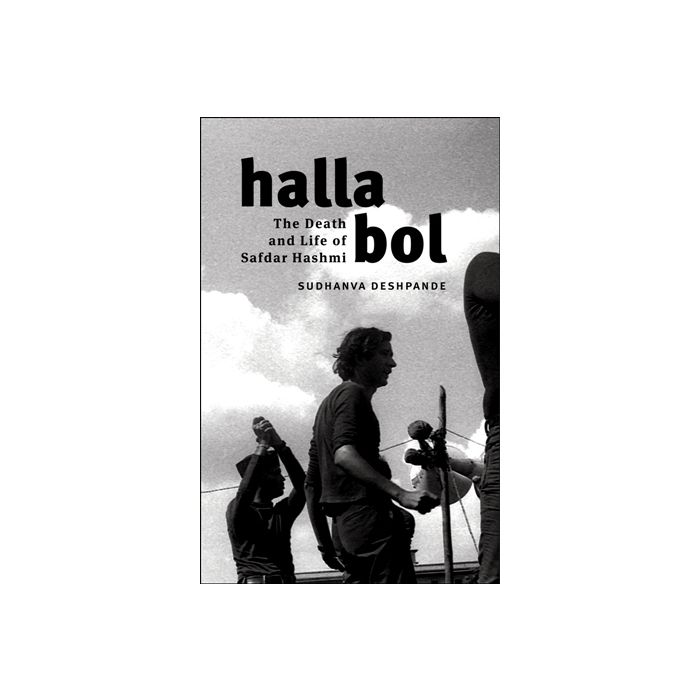