In 1953, Chief Minister C. Rajagopalachari (Rajaji) introduced The Modified Scheme of Elementary Education in rural schools in Madras State. Based on the Gandhian model of Basic Education, it proposed schooling for rural children with half a day devoted to training in the parents’ traditional craft. Dubbed as the ‘Kula Kalvi Thittam’ (‘casteist education scheme’) by its detractors, Periyar’s Dravidar Kazhagam (DK) and C.N. Annadurai’s Dravida Munnetra Kazhagam (DMK), and even elements within the ruling Congress party, the scheme ignited a political storm. While eminent experts from across the country were roped in to assess the scheme, there were massive protests in Tamil Nadu against it.

Within a year the Rajaji government fell and his tenure in the seat of political power ended. The controversy led to a process of de-Brahminization of the Congress party in Tamil Nadu culminating in the rise of K. Kamaraj who transitioned from a provincial to national ‘kingmaker’.

In this short book based on a rich variety of sources, D. Veeraraghavan provides a perspicacious narrative combined with an astute analysis of the social and political processes underlying the controversy. Of interest to students of education, caste, and nationalism, it is essential reading for anyone interested in understanding the political history of modern Tamil Nadu.

A.R. Venkatachalapathy, historian and Tamil writer, is a professor at the Madras Institute of Development Studies (MIDS), Chennai.

Gopalkrishna Gandhi took voluntary retirement from the Indian Administrative Service in 1992, was Director of The Nehru Centre, London, from 1992 to 1996, and later High Commissioner for India in South Africa and Sri Lanka, Ambassador of India in Norway, secretary to the President of India and Governor of West Bengal.

CASTE | EDUCATION |
Skip to the end of the images gallery 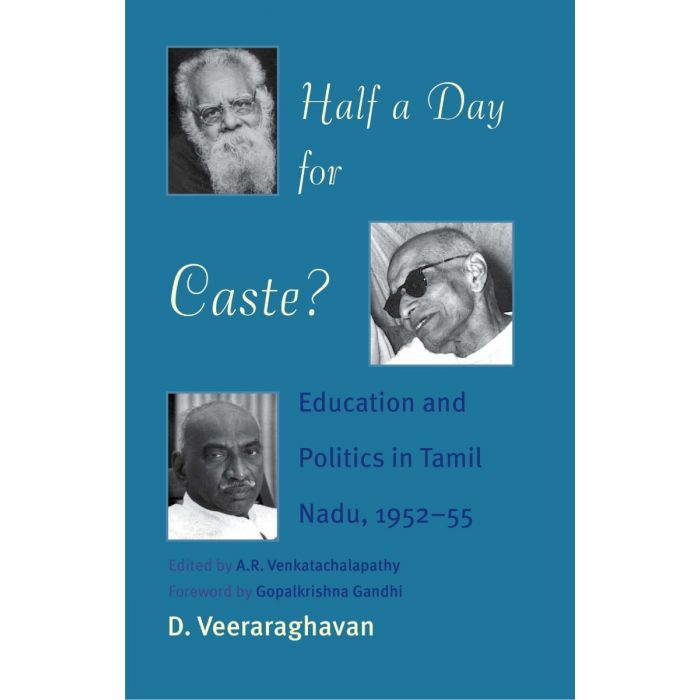