The Many Worlds of R.B. More

R.B. More (1903–1972) was a leader in Babasaheb Ambedkar’s movement, a trade unionist and a member of the Communist Party of India (Marxist). More’s life, narrated in his words and those of his son Satyendra, illuminates the conflict between the promise of Marxist emancipation and the hard reality of the hierarchies of caste. His radicalism challenged both the limits of the politics of caste and the politics of the Left; his was a politics that frontally challenged the rigidities of the caste system and of the class structure. This memoir, written in Marathi, is here published for the first time in English. This is a rare work that brings together family history, political thought, and the social experience of urban workers whose lives are intertwined with the city they built, Bombay.

Com. Satyendra More (1929–2003) was R.B. More’s son. Even as a child he took part in cultural activities of the Communist Party and, as a student, he was active in the AISF and the Bombay Students’ Union. Later, he was active as a trade-union organiser and in 1968 led a successful strike demanding implementation of the recommendations of the Third Pay Commission for government employees. He later became a full-time trade-union worker. He also organised Adivasis and peasants from Raigad district in the Konkan region during the Emergency. He was elected to the Maharashtra Assembly from Dharavi in Bombay in 1978 and, as MLA, worked for the slum dwellers of the area. He wrote in and edited several Party journals, and authored several books, including an important work on the problems of housing for the working class, a book on the caste question and one on Ambedkar’s life as a student. His death in 2003 was mourned by many in the sphere of social and political activism. 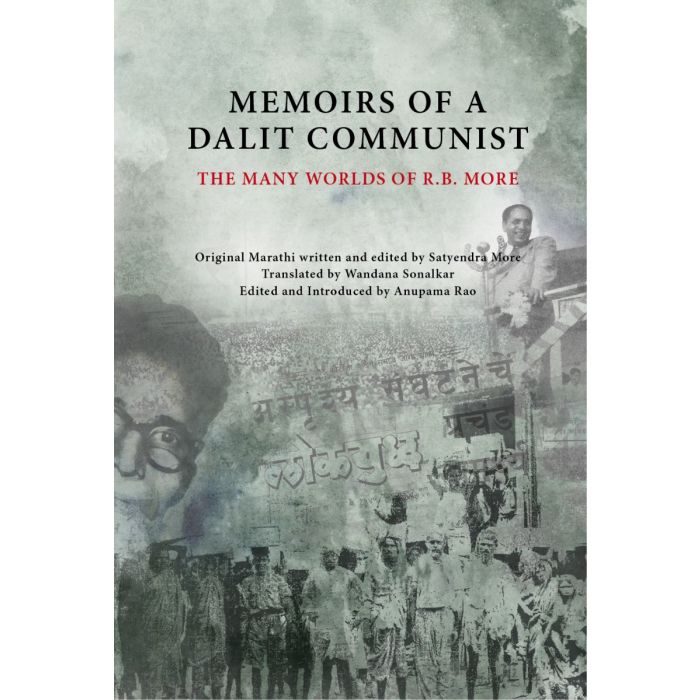 A translator, biographer and historian/anthropologist help us navigate the layered lives of Dalits in cosmopolitan Bombay, which makes the text more fascinating as a bottom-up account of the tumultuous period before and after India’s independence.

This volume, which combines More’s unfinished autobiography with his son Satyendra’s biography of his father, is a much needed corrective. It plugs a gap in the histories of both Dalit politics and Indian communism. Translated from Marathi by Wandana Sonalkar, it has a scholarly introduction by historian Anupama Rao that contextualises More’s life and work against the backdrop of Dalit movements and trade unionism in early 20th century Maharashtra.

[T]he experiences of a Dalit who stood against caste all his life, even after making an ideological shift to Communism, have been laid out [in this memoir].