Noam Chomsky is widely known and deeply admired for being the founder of modern linguistics, one of the founders of the field of cognitive science, and perhaps the most avidly read political theorist and commentator of our time. In What Kind of Creatures Are We?, he presents a lifetime of philosophical reflection on all three of these areas of research, to which he has contributed for over half a century. In clear, precise and non-technical language, Chomsky elaborates on fifty years of scientific development in the study of language, sketching how his work has implications for the origins of language, the close relations that language bears to thought and its eventual biological basis. He expounds on and criticizes many alternative theories, such as those that emphasize the social, communicative and referential aspects of language. Chomsky reviews how new discoveries about language overcome what seemed to be highly problematic assumptions in the past. He also investigates the apparent scope and limits of human cognitive capacities and what the human mind can seriously investigate, in light of the history of science and philosophical reflection and of current understanding. Moving from language and mind to society and politics, Chomsky concludes with a searching exploration and philosophical defence of a position he describes as ‘libertarian socialism’, tracing its links to anarchism and the ideas of John Dewey and even the thought of Marx and Mill, and demonstrating its conceptual growth out of our historical past and urgent relation to matters of the present. 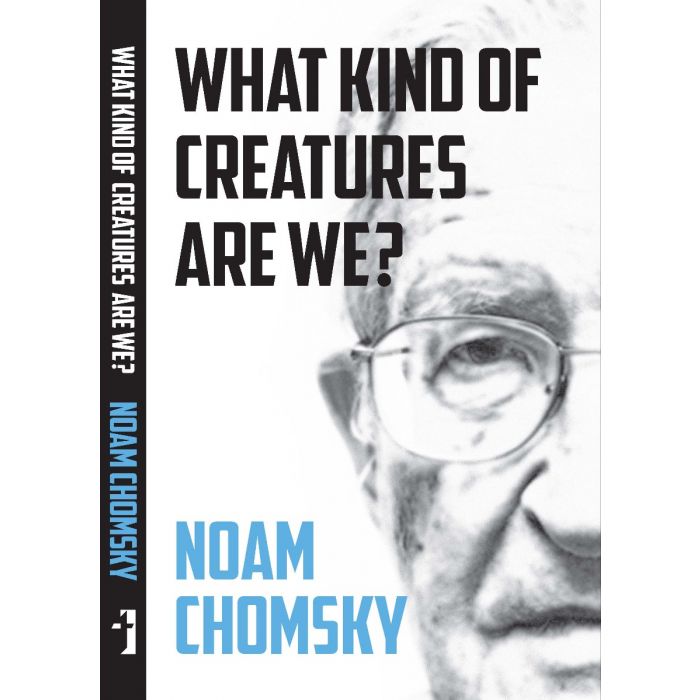