Writing on the lives of the Mahars of Maharashtra, Baby Kamble reclaims memory to locate Mahar society before the impact of Babasaheb Ambedkar, and tells a powerful tale of redemption wrought by a fiery brand of individual and collective self-awareness. The Prisons We Broke is a graphic revelation of the inner world of Mahars, and the oppressive caste and patriarchal tenets of Indian society—but nowhere does the writing descend into self-pity. Kamble vividly and unapologetically brings to life the rituals and superstitions, the joys and sorrows, the hard lives and the hardier women of the Maharwada. Breaking the bounds of personal narrative, it is at once a sociological treatise, a historical and political record, a feminist critique, a protest against brahminical Hinduism, and the memoir of a cursed people.

Jina Amucha, the original first published as a book in 1986, redefined autobiographical writing in Marathi, not only in terms of form and narration, but also in the selfhood and subjectivities articulated. The first autobiography by a Dalit woman in Marathi, Maya Pandit’s masterful English translation made it available to a wider readership for the first time in 2008. This second edition includes translations of Baby Kamble’s Prefaces to the first and second edition of Jina Amucha.

Baby Kamble worked as an activist in Phaltan, a small town in Satara district of Maharashtra. A veteran of the Dalit movement in Maharashtra, she was inspired by the radical leadership of Dr Babasaheb Ambedkar, and got involved with the struggle from a very young age. Later she went on to establish a government-approved residential school for socially backward students in Nimbure, a small village near Phaltan. She has published collections of poetry, and been honoured with several awards for her literary and social work. Her autobiography Jina Amucha was first published as a book in Marathi in 1986, and first translated into English by Maya Pandit as The Prisons We Broke (Orient Longman, 2008). This is the second edition of The Prisons We Broke, which includes Baby Kamble’s prefaces to the first (1986) and second (1990) editions of Jina Amucha. She passed away on 21 April 2012.

Maya Pandit is a poet, translator, teacher developer and an activist who has been involved with the women’s movement in India and alternative theatre movement in Maharashtra for the last three decades. An accomplished translator, she works with Marathi and English and has translated several plays, autobiographies and fictional narratives across the two languages. She has published several research papers in feminist and Dalit studies, translation studies and English language training (ELT). She is a professor at the English and Foreign Languages University, Hyderabad. 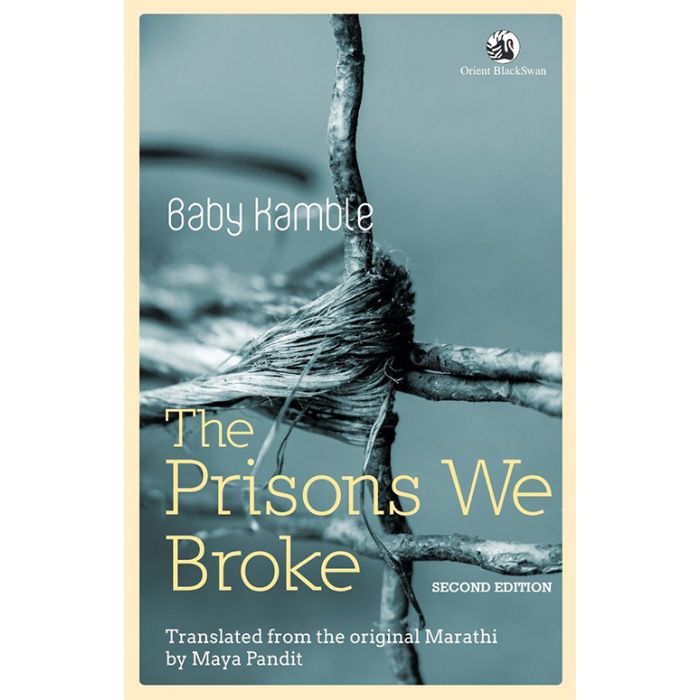