A Journey Along the Atlantic Slave Route

‘This is a memoir about loss, alienation, and estrangement, but also, ultimately, about the power of art to remember. Lose Your Mother is a magnificent achievement’—Henry Louis Gates Jr.
INR 350.00
In stock
SKU
LWB431
In Lose Your Mother, Saidiya Hartman journeys along a slave route in Ghana, following the trail of captives from the hinterland to the Atlantic coast. She retraces the history of the Atlantic slave trade from the fifteenth to the twentieth century and reckons with the blank slate of her own genealogy. There were no survivors of Hartman’s lineage, nor far-flung relatives in Ghana of whom she had come in search. She traveled to Ghana in search of strangers. The most universal definition of the slave is a stranger torn from kin and country. To lose your mother is to suffer the loss of kin, to forget your past, and to inhabit the world as a stranger. As both the offspring of slaves and an American in Africa, Hartman, too, was a stranger. Eloquent, thoughtful, and deeply affecting, Lose Your Mother is a powerful meditation on history, memory, and the Atlantic slave trade.

Saidiya Hartman has taught at the University of California at Berkeley and is now a professor at Columbia University. She is the author of Scenes of Subjection and Lose Your Mother. She lives in New York City.

BIOGRAPHY & MEMOIR | HISTORY |
Skip to the end of the images gallery 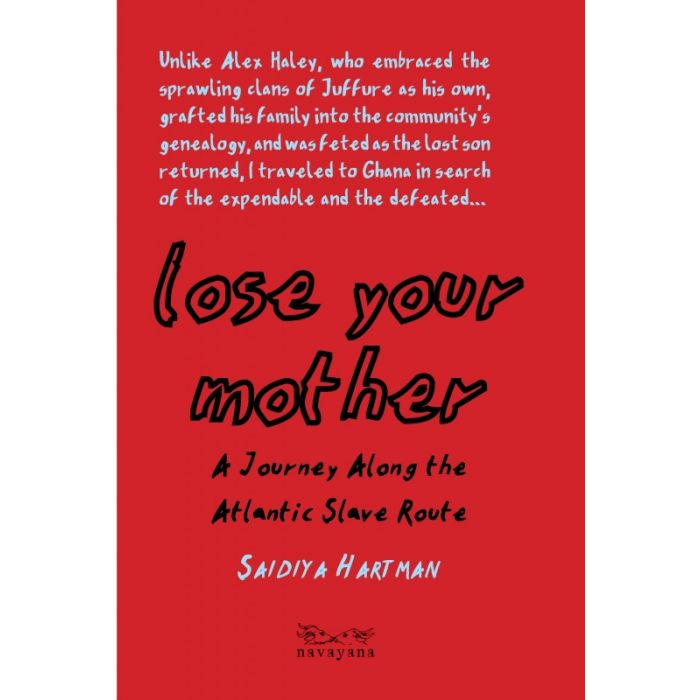