In constant conversation with the themes and settings of her novels, the essays form a near-unbroken memoir of Arundhati Roy's journey as both a writer and a citizen, of both India and the world, from 'The End of Imagination', which begins this book, to 'My Seditious Heart', with which it ends.

My Seditious Heart collects the work of a two-decade period when Arundhati Roy devoted herself to the political essay as a way of opening up space for justice, rights and freedoms in an increasingly hostile environment. Taken together, these essays trace her twenty-year journey from the Booker Prize-winning The God of Small Things to the extraordinary The Ministry of Utmost Happiness: a journey marked by compassion, clarity and courage. Radical and readable, they speak always in defence of the collective, of the individual and of the land, in the face of the destructive logic of financial, social, religious, military and governmental elites.

Arundhati Roy is a novelist, activist and a world citizen. She won the Booker Prize in 1997 for her first novel The God of Small Things. Since then, she has concentrated her writing on political issues. In response to India's testing of nuclear weapons in Pokhran, Rajasthan, Roy wrote The End of Imagination, a critique of the Indian government's nuclear policies. It was published in her collection The Cost of Living, in which she also crusaded against India's massive hydroelectric dam projects in the central and western states of Maharashtra, Madhya Pradesh and Gujarat. She has since devoted herself solely to nonfiction and politics. Roy was awarded the Sydney Peace Prize in May 2004 for her work in social campaigns and advocacy of non-violence. In June 2005 she took part in the World Tribunal on Iraq. In January 2006 she was awarded the Sahitya Akademi award for her collection of essays, 'The Algebra of Infinite Justice', but declined to accept it.

POLITICS | ESSAYS |
Skip to the end of the images gallery 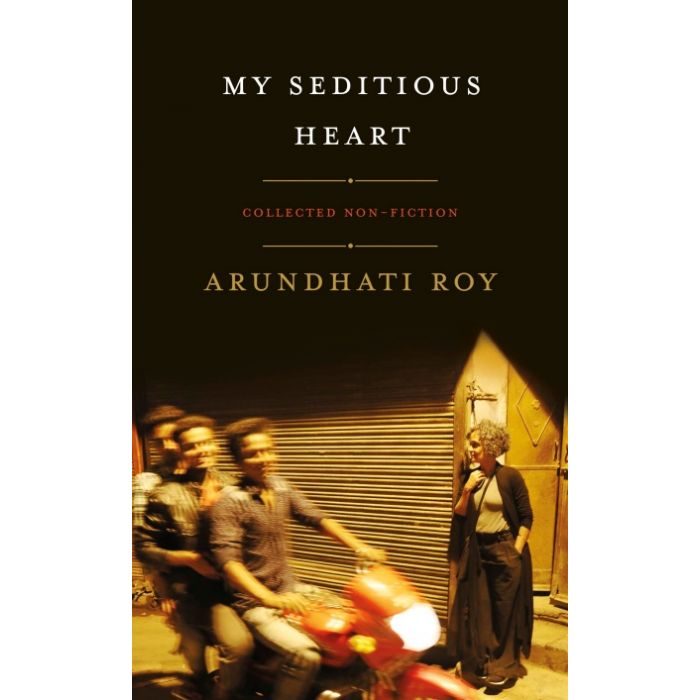