The Historical Materialism Book Series is dedicated to addressing this situation by making available important works of Marxist theory. The aim of the series is to publish important theoretical contributions as the basis for vigorous intellectual debate and exchange on the left.
INR 595.00
In stock
SKU
LWB409
Antonio Gramsci’s Prison Notebooks are today acknowledged as a classic of the human and social sciences in the twentieth century. The influence of his thought in numerous fields of scholarship is only exceeded by the diverse interpretations and readings to which it has been subjected, resulting in often contradictory ‘images of Gramsci’. This book draws on the rich recent season of Gramscian philological studies in order to argue that the true significance of Gramsci’s thought consists in its distinctive position in the development of the Marxist tradition. Providing a detailed reconsideration of Gramsci’s theory of the state and concept of philosophy, The ‘Gramscian moment’ argues for the urgent necessity of taking up the challenge of developing a ‘philosophy of praxis’ as a vital element in the contemporary revitalization of Marxism.

Peter D. Thomas (Ph.D, 2008) studied at the University of Queensland, Freie Universität Berlin, L’Università “Federico II”, Naples, and the Universiteit van Amsterdam. He has published widely on Marxist political theory and philosophy. He is a member of the editorial board of the journal Historical Materialism: Research in Critical Marxist Theory 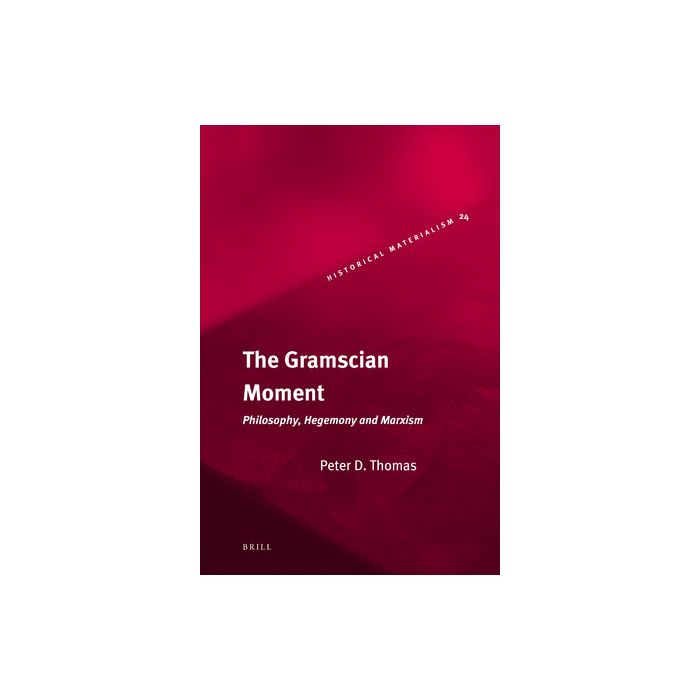