The volume explores a wide range of the spectrum of popular culture, where early career researchers have presented their articulate arguments, concerning their respective areas of research interest. The sections relate to pertinent issues such as representations of caste, alternative artistic endeavours such as graffiti, the 'novel' challenges in the graphic intervention, nuances of narrative alternative such as dastangoi and qissa, politics of gender identity, popularizing the canon, digital auteurism and so on.

The volume is primarily a proceeding of the 2017 annual conference organized by the Centre for English Studies, Jawaharlal Nehru University, funded by UGC-SAP-DSA(I) programme. Popular Culture Studies, is an emergent pedagogy in the Indian academia, and quite relevantly so. Considering the fact that Nick Sousanis, a doctoral researcher submitted his dissertation at Harvard University in the form of a graphic novel titled 'Unflattening 2014', which was published next year, the ideas of canonical hierarchy, the status-quo of the 'high' versus the 'low' in the cultural opus, are possibly being challenged. In this context, this volume is a step towards widening the apertures of cultural studies, which it seeks to achieve through its multifarious approaches. The collection would be of help to aspiring as well as committed researchers of popular culture.

Ananya Saha is a doctoral researcher at Centre for English Studies, Jawaharlal Nehru University, from where she has completed her Master's degree. Her research area comprises of Japanese popular culture, with a focus on manga and globalization. Her other academic interests include Popular Culture Studies, Translation Theory, Fandom, Gender, and Performance Studies. She has presented in international conferences in India and abroad, including a paper on 'football manga' in Basel University, Switzerland, on performing poetry in Tubingen University, and globalized manga in the University of Stockholm. With a couple of publications to her name, she is working on a few more, related to her area of research.

Navneet Sethi was an Associate Professor in the Centre for English Studies, Jawaharlal Nehru University, until her unfortunate demise in 2018. She had received her PhD from the Indian Institute of Technology, Kanpur, where she had specialized in American ethnic literature with a particular emphasis on African-American literature. She had to her credit the formulation and design of new courses, such as 'Native American Literature' and 'Jewish-American Literature'. She had also been actively engaged in disability activism and had initiated the first course in 'Disability Studies' at JNU. Ethnomusicology has been a perpetual personal interest and pedagogic innovation for her. Thus, her research and teaching had been augmented by incorporating a musical dimension into the area of cultural studies. She has authored the book Women, as Seen by Women: A Study of African-American Women Writers.

CULTURAL STUDIES | SOCIOLOGY |
Skip to the end of the images gallery 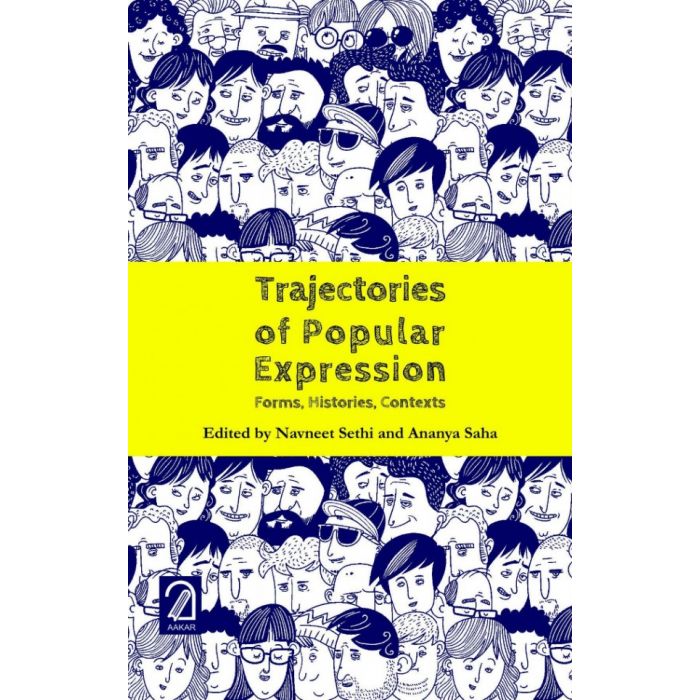