This book, first published in 2015 in Hindi, was acclaimed as one of the first critical studies on the processes of canonization (pratimanikaran) in Hindi. Its use of the English term ‘canon’ opened a new set of questions about the rise of languages of criticism in Hindi, which, the book argues, have consistently developed around a concern for selecting writers and poets for establishing the Hindi literary canon.

It presents a systematic but critical account of the beginnings, in the late colonial period, and later development of the processes of canonization in Hindi via such representative intellectuals as Garcin de Tassy, George Grierson, the Mishr Brothers, Mahavir Prasad Dwivedi, Ramchandr Shukl, Hazari Prasad Dwivedi, Muktibodh, Ramvilas Sharma, Namvar Singh, Vijaydev Narayan Sahi and Nirmal Verma. The intergenerational debates between these writers (on devotionalism, eroticism and colonization) plough through the historical ground of development of Hindi around such canonical figures as Kabir, Jayasi and Tulsi, offering fresh ways to understand and relate to Hindi and its literature today. The book proposes an intellectual history of Hindi criticism into the twentieth century, which today faces the challenge of decanonization from feminist criticism and Dalit thought.

Mrityunjay Tripathi is assistant professor in the Hindi programme at Ambedkar University Delhi. He has translated the autobiography of Mallikarjun Mansur into Hindi (Ras yatra), and a Hindi translation of John Berger’s Ways of Seeing is under preparation. Siyah Hashiye (Dark Margins) is a published collection of his poetry.

Shad Naved teaches in the Comparative Literature programme, School of Letters, Ambedkar University Delhi. He is currently working on a monograph, Against Vernacularity: Historical Eros in the Urdu Ghazal. 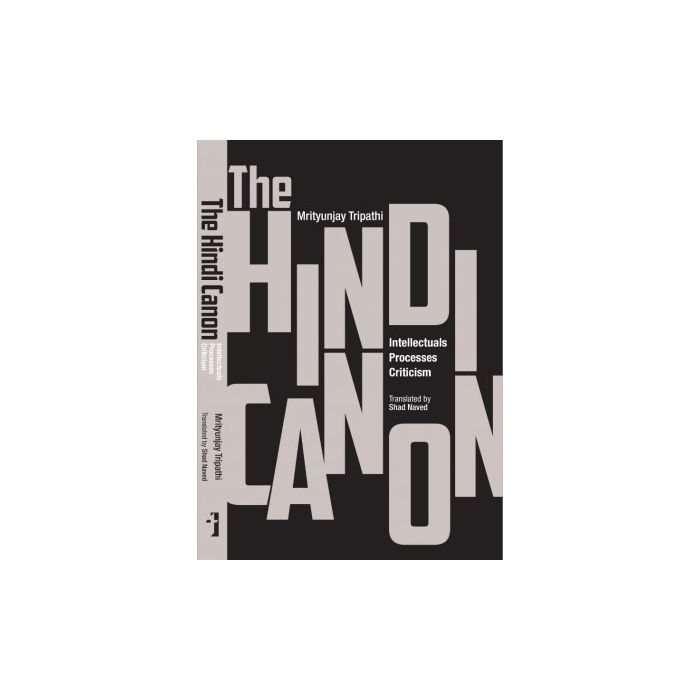