Imperial Surveillance and Workers from Punjab in Bengal

INR 0.00
In stock
SKU
LWB569
How did trans-territorial tendencies of repression from above and resistance from below connect Bengal with Punjab, East Asia and the Americas? Focused on Bengal, this monograph acts as a link in the existing works of scholarship that have traced the spread of radical anticolonial currents which connected Punjab with Southeast and East Asia, and the Americas. Calcutta during the early twentieth century was not just a point of passage within the British empire, but a key centre of colonial power and a crucial laboratory of imperial repressive practices cultivated and applied elsewhere. The urban space and the hinterland served as zones of employment for migrant labour related to the powerful institutional edifices of colonial capital in eastern India with international reach across global markets. The histories of the Ghadar Movement or the Komagata Maru’s trail, while describing the circumstances in detail and offering rewarding perspectives on Punjabi Sikh migrants, have overlooked this aspect of concentrated colonial power in the city and the region, and failed to adequately investigate why the ship was brought to Bengal and why overwhelming imperial vigilance, locally organized, was imposed on the ships that arrived soon afterwards.

Drawing on colonial archival records as well as the fragmentary references found in autobiographical accounts, the monograph steers the history of Komagata Maru’s journey in new directions. Radical responses to ‘racialized subjecthood’, imposed by the colonial state on Punjabi, especially Sikh, migrant workers in Calcutta and its suburbs during the First World War and the following decades are examined. Racist regulations of class, labour and social relationships underlined the politicization, self-awareness and formation of radical collectives among the migrants. Tracing the routes of self-assertion by workers from Punjab in Bengal at a micro-historical level, unknown and neglected aspects of the last stretch of Komagata Maru’s journey and its immediate and longterm local effects are unravelled.

The monograph touches on the links between inter-imperial geographies of surveillance and monopolistic working of colonial capital, the responses of the local Hindu and Muslim intelligentsia to the ship’s controversial voyage, the voices of the detained passengers of Komagata Maru, and the entry of the Sikh working-class diaspora into local revolutionary, left and labour movements. The monograph engages with war-time Ghadar and post-war Punjab Kirti Dal and Naujawan Bharat Sabha’s influence on the actions of Sikh workers in south Bengal. Also recorded is the interplay between acts of recollection and regional constitution of radical circles and associations in the wake of the ship’s voyage.

Suchetana Chattopadhyay teaches history at Jadavpur University, Kolkata, West Bengal. She studied at Jadavpur University and the School of Oriental and African Studies, University of London, and has published articles in South Asia Research and History Workshop Journal. She is the author of An Early Communist: Muzaffar Ahmad in Calcutta, 1913–1929. 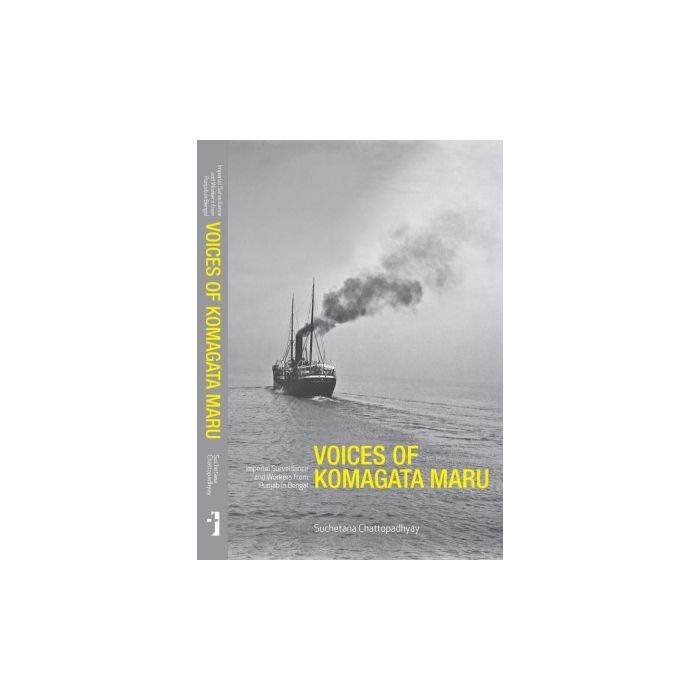