Monuments and environs of pre-colonial Delhi

Asar-us-Sanadid by Sir Sayyid Ahmad Khan is an important book for many reasons. It was the first time that a book on this scale describing Delhi’s monuments had been written. The first volume was published in 1847 and a second volume in 1854. Though both had the same name and were about Delhi, they were very differently written. The first was an anecdotal description of the buildings, while the second took a more scientific approach with historical references, and the dimensions of the monuments. It was also the first time in India, that a book had lithographically produced illustrations. As many as 130 illustrations of Delhi’s monuments were drawn by Faiz Ali Khan and Mirza Shahrukh Beg. - Rana Safvi
INR 0.00
In stock
SKU
pro_1844
This volume joins together in English for the first time the two editions of Sir Sayyid Ahmed Khan’s classic account of the monuments and environs of precolonial Delhi. Translator Rana Safvi’s annotations and appendices trace the historical development of the text between 1847 and 1854, before the cataclysmic events of 1857 changed Delhi forever. The volume includes sketches from the original Urdu edition. It is a valuable resource for urban historians and scholars of Delhi’s monumental history.

Rana Safvi is an author and historian with a passion for culture and heritage. She is the founder and moderator of the #shair platform on Twitter, credited with reviving popular interest in Urdu poetry.

Sayyid Ahmad Khan (1817–1898) was one of the architects of modern India and the founder of the Muhammadan Anglo-Oriental College, which later became the Aligarh Muslim University.

HISTORY | URBAN STUDIES |
Skip to the end of the images gallery 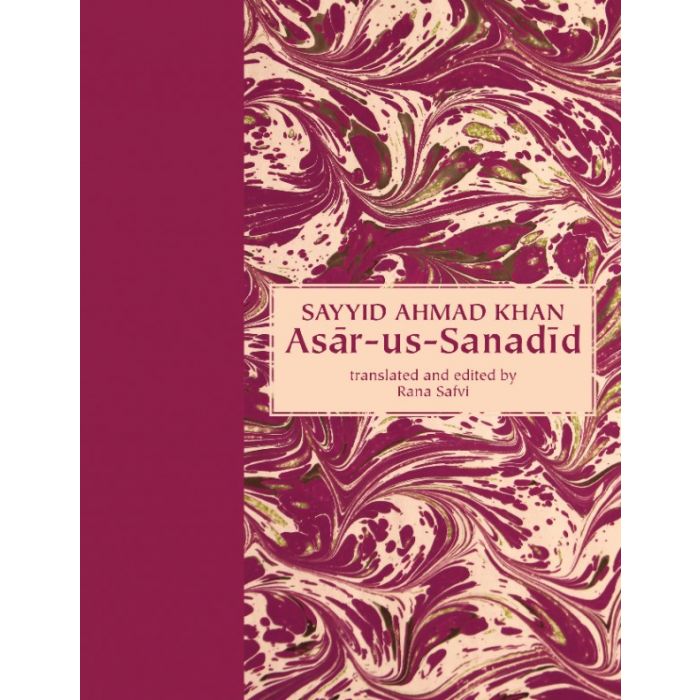