Also available as an ebook on Amazon Kindle.

'Like the brilliant sun, the October Revolution shone over all five continents, awakening millions of oppressed and exploited people around the world. There has never existed such a revolution of such significance and scale in the history of humanity.' – Hồ Chí Minh

From Cuba to Vietnam, from China to South Africa, the October Revolution remains as an inspiration. After all, that Revolution proved that the working class and the peasantry could not only overthrow an autocratic government but that it could form its own government, in its image. It proved decisively that the working class and the peasantry could be allied. It proved as well the necessity of a vanguard party that was open to spontaneous currents of unrest, but which could guide a revolution to completion. 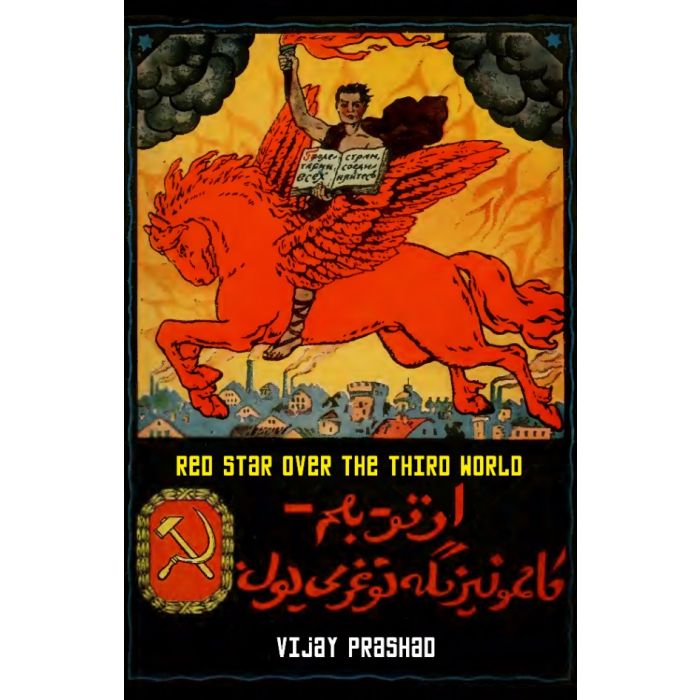 [T]his is a brilliant and thought-provoking book, an essential starting point for understanding the complexities of international communism over the past century.

The book provides a nuanced understanding of socialist democracy and culture. Vijay Prashad’s prose is poetic and absorbing.

Prashad has written a history book in a literary style. Moments are framed in a manner which make it easy to imagine their setting. It is an emotionally effective method to convey the book's central point: struggles are linked across time and space when there is organization.

Prashad has done a wonderful thing with Red Star Over The Third World. Not only has he demonstrated that the Bolshevik Revolution and the Soviet State were an inspiration, he has also illuminated – brought to life – the continent-spanning impact of those who were inspired by this world-historic Revolution. As a short book, Red Star Over The Third World succeeds masterfully.