Who Really Feeds the World?

The answer to this question lies, first, in dismantling the myths that surround the industrial mode of food production which relies heavily on chemical inputs and seed monopolies; and then examining, the costs and benefits of monocultures vs. biodiversity; soil depletion vs. soil regeneration via multicropping; localisation vs. globalisation; and co-operative firming vs. corporate profit.

In a succinct and clear-eyed assessment of the world's current food crisis, Shiva contents that food and agriculture have become the sites for major paradigm wars about how we produce, process and distribute food. Cought in the cross-fire between small producers and corporate giants, are the one billion people in the world who suffer from hunger and malnutrition; and the thousands afflicted with diseases caused by toxins in our food.

Shiva advocates a powerful alternative to this scenario; reclaiming the right to food security through sustainable practises that value biodiversity and seed sovereignty, creating a future in which no one goes hungry.

VANDANA SHIVA is a world-renowned environmental thinker, activist, and writer. She is Director of Navdanya and of the Research Foundation for Science, Technology and Natural Resource Policy. She is also the author and editor of a score of influential books. Shiva is the recipient of over 20 international awards, among them the Right Livelihood Award (1993); Save the World Award (2009); Sydney Peace Prize (2010); Calgary Peace Prize (Canada, 2011); the Thomas Merton Award (2011).

AGRARIAN STUDIES | ECONOMICS |
Skip to the end of the images gallery 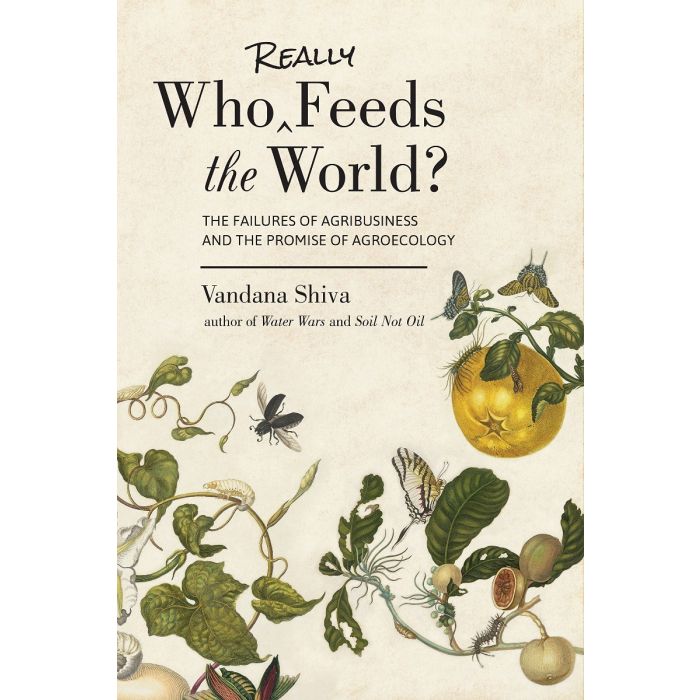