The Story of a Theatre in Palestine

'What we are doing in the theatre is not trying to be a replacement or an alternative in the struggle for liberation, just the opposite......We're not healers. We're not good Christians. We are freedom fighters.' – Juliano Mer Khamis, Co-founder The freedom Theatre.

In 2006, a freedom fighter, an actor, a nurse, and a musician came together to set up a theatre in the midst of Jenin Refugee Camp in occupied Palestine. Called the Freedom Theatre, it was created at a time when the camp was still recovering from the devastating battle of Jenin unleashed by Israel during the second Intifada. A decade later, despite the assassination of one of its founder, despite numerous of its people being arrested, despite physical attacks, despite threats and harassment, The Freedom Theatre is today now one of the most vital members of the Palestine cultural resistance movement for liberation and regeneration. In the process, The Freedom Theatre has earned a reputation internationally for its stylistically and politically path-breaking theatre and media productions.

This book presents, for the first time, the story of The Freedom Theatre in its own voice, through rare archival photograph and text. This volume is a precious record of multifarious challenges facing the cultural resistance in Palestine, and the ability of a group of determined people to undertake creation under occupation. 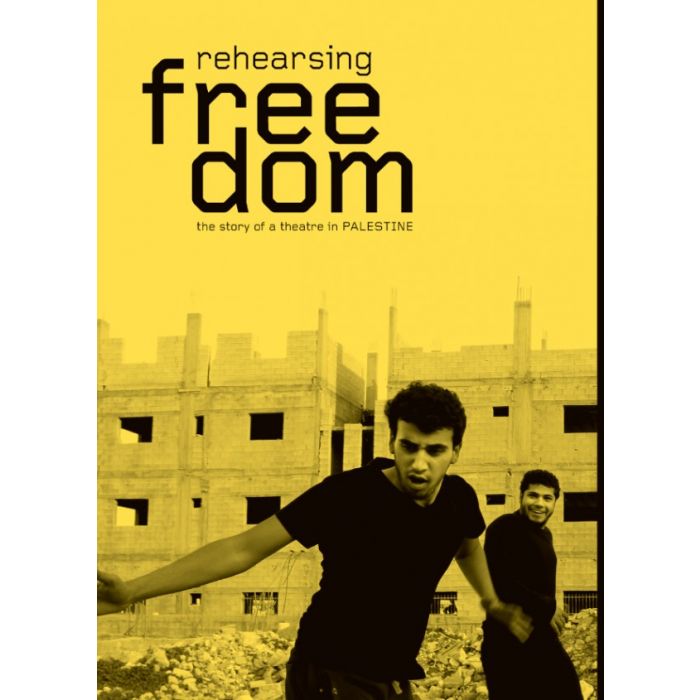 The ten-year history of The Freedom Theatre is narrated in this book not through linearities of time but with an understanding of the connectedness of thoughts and actions; of ideas, positions and their manifestations. The content of the book is framed through many journeys – that of The Freedom Theatre, the actors and participants in their processes, their audience and citizens of Palestine, their collaborators, and the country of Palestine itself. How a little theatre grows into a space for desire and resistance, and then a movement not just for the community but for the entire nation and beyond, comes across in the lucid writing, and short pieces of text that weave together the images.