To read Amrita is to fall in her thrall, to be seduced, and swept away by her Vivan Sundaram needs to be congratulated on his wise decision to step back and not interfere with the dialogue between Amrita and her rapt audience What he does is provide judicious, meticulously researched cross-refrences that further illumines what we are reading. Vivan renders himself invisible and foregrounds Amrita. And in this lies the strength of these invaluable volumes.If ever there was a Michelin rating for literary work like this one gets ten stars! Delicious! - Sunil Mehra
INR 0.00
In stock
SKU
pro_1484

This self-portrait of the iconic Indian painter Amrita Sher-Gil (1913–1941) represents more than a life. For this book in two volumes, Amrita's extant letters and writings are translated and reproduced from the originals in their entirety. The book draws on the primary text of these letters to open up a visual narrative around the artist's oeuvre, complemented by a parallel text of notes that not only annotate but also entangle the personal in the web of contemporaneity. The editorial intervention expands the setting to include the artist's voice, photographs from the Sher-Gil family album, a collation of reviews from contemporary art critics, and excerpts from autobiographies and testimonies that touched Amrita's life. There are full-colour reproductions of 147 paintings by the artist, representing the largest such collection in print, as well as of her early sketches and watercolors. This archival effort makes for a definitive volume on the life, art and writings of Amrita Sher-Gil.

The book includes a foreword by Salman Rushdie; a prologue and an epilogue by Vivan Sundaram; a complete list of Amrita Sher-Gil's 172 known oil paintings with thumbnail sketches and detailed captions; and a select bibliography of writings by and on Amrita Sher-Gil. 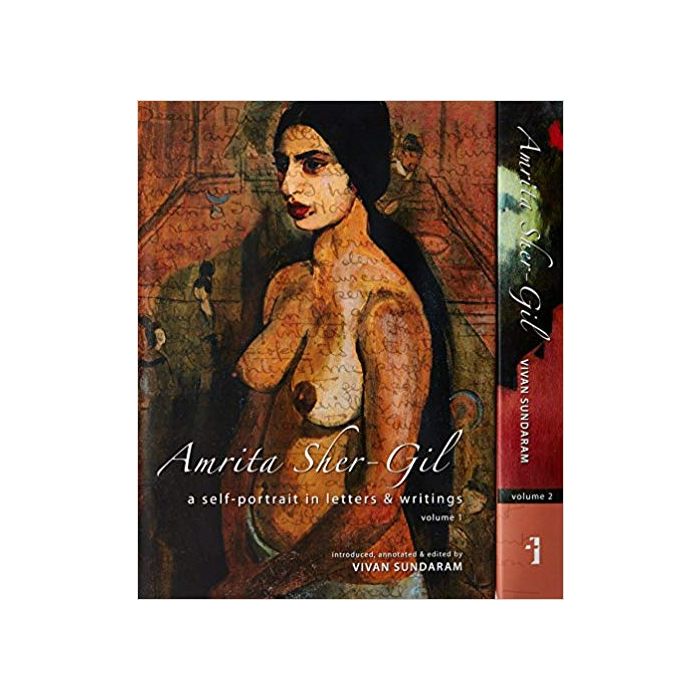 "….there is no doubt that the book will enjoy a special place for feminist scholars. Not only are Amrita’s paintings strongly woman-centered but she herself emerges as a proto-feminist who thinks and lives independently and whose sense of the ‘feminine’ militates against conventional notions (of) ‘femininity’. This breathtaking book of fascinating journeys is a ‘must read’." - Shohini Ghosh, Biblio