This book was conceived when Jagtar Singh, as a journalist working with The Indian Express, went to the Darbar Sahib complex as part of the team of journalists from Chandigarh flown to the war zone by the government during Operation Bluestar, the army action in the Golden Temple complex, the holiest of the holy shrine of the Sikhs at Amritsar. The holy Granth Sahib installed on the first floor of the sanctum sanctorum of the shrine was in disorder covered by a blood-soaked white sheet. Placing the holy book in order was traumatic for the author.

Jagtar Singh had joined The Indian Express in 1978 a few days after the Sikh-Nirankari clash to which militancy in this state is traced, to be transferred to Amritsar in March the next year. This provided the opportunity to observe the situation virtually as an insider. Though he returned to Chandigarh after two years, the author covered almost every major development in Amritsar till Operation Bluestar. The visits to Amritsar were frequent till militancy petered out. The author was witness to the rise of Sant Jarnail Singh Bhindranwale with whom the interaction was frequent, most of the time off the record; such meetings provided the much-needed deeper insight into the evolving situation. The last one-to-one off the record meeting lasting about an hour with him was on May 25 when the army had already moved into Punjab for the decisive action.

This book combines both the personal experience during the period Jagtar Singh worked with The Indian Express and the developments and their interpretation spanning about 25 years covering the two extremes in the Sikh political matrix. Some of the resource material relating to Sikh politics is exclusive, appearing for the first time in this book.

Coming from a family of agriculturalists of Ambala, Jagtar Singh, when he joined The Indian Express, Chandigarh, in 1978, was among the very few English language journalists of Punjab with a wide knowledge and background of rural Punjab and Haryana. Possessing a great capacity for diligent fieldwork, he was aided by his understanding of the religio-political ethos of the region and, in his writings, was soon imparting meaning to the fast-paced developments, then sweeping across Punjab. His foray into this, till then, urban bastion was preceded by an in depth study of political economy, interspersed with personal experiences of mass struggle and repression by the state machinery in the late 1960s and early 1970s in Punjab.

In his journalistic career he utilised the opportunities afforded by the old school of journalism to bring home to the readers the major currents and cross-currents which enveloped Punjab in the 1980s and 1990s. Arguably, Jagtar Singh is one of the foremost authorities on Punjab, its politics and society which seem to be beyond the comprehension of the whistle-stop journalists of the new era. Jagtar Singh has always been known for meticulous record keeping, combined with a dispassionate, balanced and unsparing approach to events and players and these qualities are amply on display in this work as well.

Jagtar Singh, journalist and author, is one of the foremost authorities on Punjab, its politics and society, and particularly the politics of the Shiromani Akali Dal and Shiromani Gurudwara Prabandhak Committee (SGPC).

CONTEMPORARY HISTORY | RELIGION |
Skip to the end of the images gallery 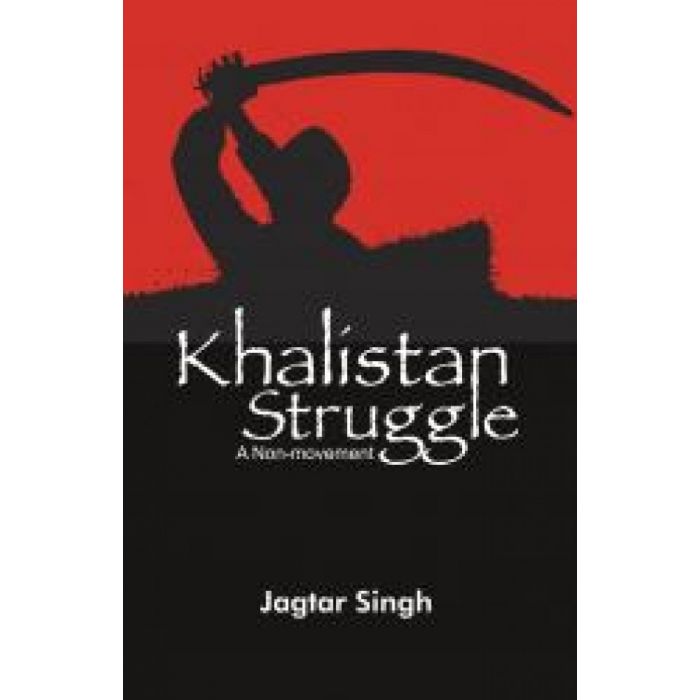