This is a comprehensive survey of the Bhakti Movement as it sprang in South India to spread across the subcontinent in independent and multifarious manifestations yet marked with amazing commonalities. Spanning a period of 11 centuries starting from the 6th century CE, the movement encompassed in its sweep a vast range of dimensions: social, political, economic, religious, cultural, linguistic, ethical and philosophical. Among the multifarious movements which contributed to the formation of India and its culture, the Bhakti was undoubtedly the most pervasive and persistent, says the author. Besides its sweep and depth, what proved most remarkable about the movement was that it arose almost everywhere from the masses who belonged to the lowest class and castes. Though spirituality was its leitmotif, Bhakti proved to be a stirring song of the subaltern in their varied expressions of resistance and revolt. A seemingly conservative phenomenon became a potent weapon against entrenched hierarchies of orthodoxy and oppression, in a wonderful dialectical expression. This qualifies Bhakti movement to be reckoned on a par with European renaissance as it marked a massive upsurge in the societal value system to directly impact a range of fields like arts, politics, culture or religion. Even as he takes note of the elements of reactionary revivalism that also marked the Bhakti movement, the author convincingly argues that those of renaissance and progress far outweighed the former.

P. Govinda Pillai (b. 1926) was born in Perumbavoor in the Ernakulam district of Kerala. Leaping into the country’s freedom movement during his student days, Pillai graduated from St. Xavier’s College, Mumbai. He became a full-time political, social and cultural activist after his student life and was elected four times to the Kerala State Legislature, first as a representative of the Communist Party of India and, later, the Communist Party of India (Marxist). He was the Chief Editor of Desabhimani, the CPI (M)’s organ in Malayalam, for more than two decades. He has headed many institutions including the Kerala State Film Corporation, Centre for Imaging Technology, Kerala State Press Akademi etc. He is the author of about 35 books based on a range of subjects including Marxist aesthetics, literature and culture, social movements and science. 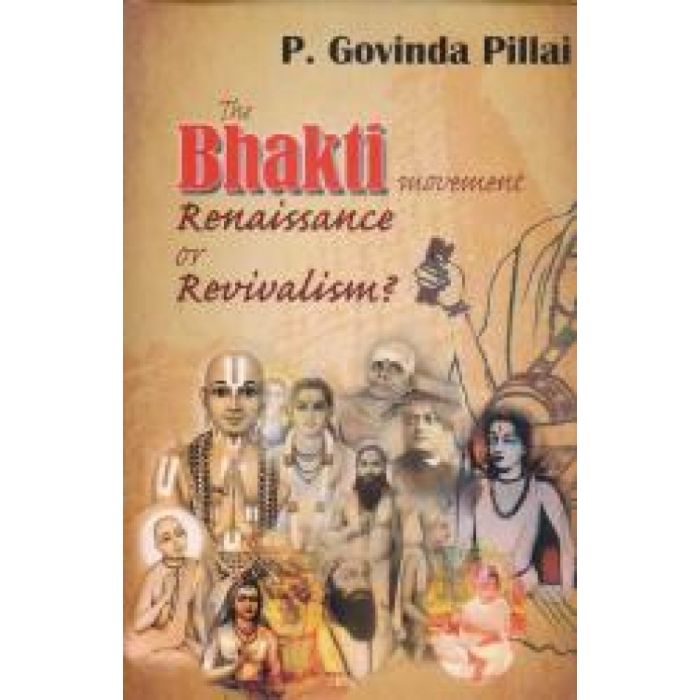