This punchy, readable book provides a new perspective on a popular hero of Indian history. After this, Shivaji will never be the same again.

Govind Pansare was one of Maharashtra's most prominent public intellectuals. And among the bravest. He was felled by an assassin. But his rationalist view of human history is impossible to kill. This book is testimony to the power of ideas.

"Shivaji Kon Hota? questions the way in which dominant Maratha historiography has enforced modern, i.e., colonial and post-colonial, religious categories on a past where people lived and did things differently compared with the age of modernity. Readers will not fail to notice the ease and humility with which the late Govind Pansare has raised and answered these questions. He does not claim originality, but only the ability to rationally re-interpret the facts of Shivaji's career, for facts do exist — despite the claims of contemporary intellectual fashion to the contrary. Shivaji Kon Hota? shows how, with the help of reason, anyone can interrogate the past. We need not be scientists and historians to discover and understand ourselves by questioning the familiar tropes of history." — Anirudh Deshpande, Introduction

"Whatever freedom we enjoy in this country, whatever 'modernity' we have in this country, whatever social equality we have achieved in this country, is continuously under attack, and its preservation is made possible by the continuous struggles undertaken by a large number of persons scattered all over India. They do not make it to New Delhi's TV studios, they are not to be found in the corridors of power in the nation's capital, and they do not even belong to the metropolitan centres of the country. But, because of their sheer dedication, indefatigable energy and unquestionable integrity, they wield great influence among the people in their respective regions, in spite of the overwhelming odds stacked against them. Among all such persons, Govind Pansare was undoubtedly one of the finest." — Prabhat Patnaik, Afterword

Anirudh Deshpande is Associate Professor, Department of History, University of Delhi, Delhi. He is co-editor, along with Partha Sarathi Gupta, of The British Raj and its Indian Armed Forces, 1857-1939 (2002), and author of British Military Policy in India 1900-1945: Colonial Constraints and Declining Power (2005), Class, Power and Consciousness in Indian Cinema and Television (2009), A Spring of Despair: Mutiny, Rebellion and Death in India, 1946 and Cinema Aur Itihaas – Kuch Paraspar Sambandh (both forthcoming).

HISTORY | RELIGION | COLONIALISM |
Skip to the end of the images gallery 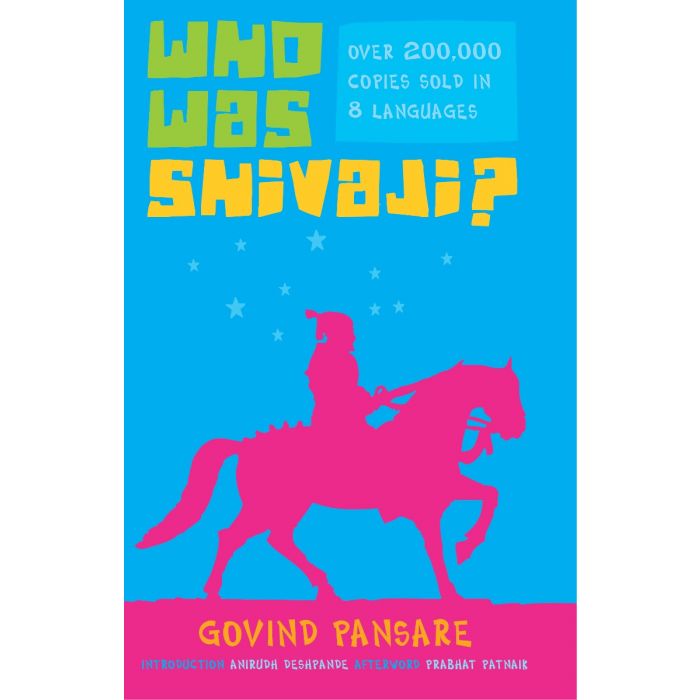 [R]acy and hugely informative . . . based on sound research. It is no wonder the book has been printed in eight languages and is seen as a counter to Shivaji's image portrayed by dominant Hindu nationalist discourse.

The Times of India

[A] masterpiece . . . It changed my perception about history, society and life.