Contributors: Ken Coates, W.H. Ferry, David Holloway, Mary Kaldor, George Kistiakowasky, Jonathan A. Leonard, Henry T. Nash, Emma Rothschild, Dan Smith, and E. P. Thompson._x005F_x005F_x005F_x005F_x005F_x005F_x005F_x000D_ Originally published in 1981, Protest and Survive presents a broad spectrum of opinion and information on the dangers inherent in U.S. military and foreign policy, and the nuclear confrontation between Washington and Moscow that threatened the entire globe. Decades later, its words are just as relevant. The United States continues to wield a massive nuclear arsenal and use it to advance a strategy of global imperialism. Firststrike policies, tactical nuclear weapons, and preemptive war are becoming increasingly central to the expansion of U.S. empire, thus putting the security of all humanity at risk. More than a historical document, Protest and Survive helps us better understand the dangers of longterm U.S. nuclear strategy, and reminds us that it is a strategy we can resist.

Dan Smith was Secretary-General of International Alert from 2003 to 2015 and also the former Director of the International Peace Research Institute, Oslo. He is author of The State of the World Atlas and The Atlas of War and Peace.

Edward Palmer Thompson was an English historian, writer, socialist and peace campaigner. He is probably best known today for his historical work on the British radical movements in the late 18th and early 19th centuries, in particular, The Making of the English Working Class (1963). 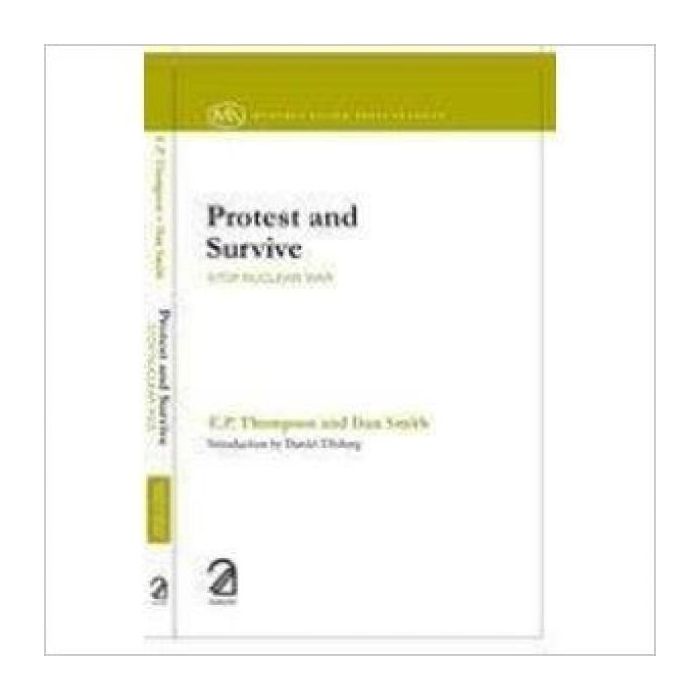