A Poetics of Anticolonialism

“Today as a new European universalism organizes itself, and U.S.-led globalization experiments with manifest destiny. Aimé Césaire’s Discourse on Colonialism is once again required reading. Robin Kelley’s brilliant new introduction provides a wealth of historical and literary scholarship to demonstrate that ‘negritude … was never a matter of racial essentialism.” – GAYATRI CHAKRAVORTY SPIVAK, author of The Postcolonial Critique of Reason.

This classic work, first published in France in 1955, profoundly influences the generation of scholars and activists at the forefront of liberation struggles in Africa, Latin America, and the Caribbean. Nearly twenty years later, when published for the first time in English, Discourse on Colonialism inspired a new generation engaged in the Civil Rights, Black Power and antiwar movements.

Aimé Césaire eloquently describes the brutal impact of capitalism and colonialism on both the colonizer and colonized, exposing the contradiction and hypocrisy implicit in western notions of “progress” and “civilization” upon encountering the “savage”, “uncultured”, or “primitive”. He reaffirms African values, identity, and culture, and their relevance, reminding us that “the relationship between consciousness and reality is extremely complex….It is equally necessary to decolonize our minds, our inner life, at the same time that we decolonize society”. 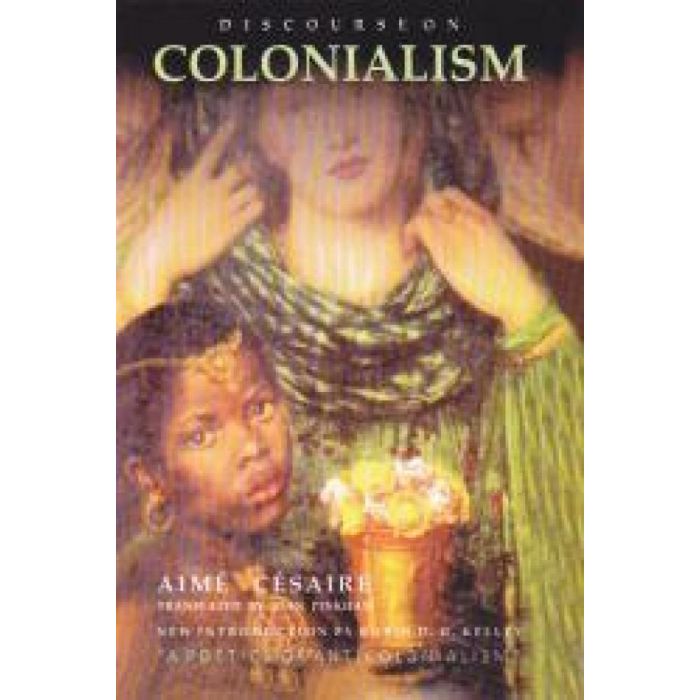