The Weave of My Life

Aaydan is a generic term used for all things made from bamboo; Translated for the first time in to English as The Weave of my life, Urmilas memoirs describe the long journey from the Konkan to Mumbai, bringing to a fruition the struggle of three generations for a dalit modernity, about which readers have hitherto heard so little. Aaydan Urmila Pawars thought provoking memoirs, spare no one including herself. Urmila Pawar is one of the foremost literary figures in Marathi. Her short stories, though comparatively few in number, have caught the imagination of present day readers.the author links her mothers act of weaving baskets, aaydans, to her own act of writing. Urmila writes frankly of the private and public aspects of her life: of falling in love with Harishchandra as a young teenager, and marrying him in the teeth of family opposition, of the young couple and their children moving to Mumbai, of her many sustaining friendships with women and her work. Her talking openly about familial and marital conflicts, of the grievous shocks that life dealt her, outraged even some of her admirers.

A long-term member of the dalit and womens movements, Urmila offers a cogent critique of feminist and politics.Her accounts of how she began to write, to participate in dalit literary conferences and founded a womens literary conferences are engaging. Like her on dalit women in the Ambedkarite movement, now archived, her memoirs too are high documentary value.Urmila Pawar is a distinguished writer of fiction in Marathi. Her collection of short stories, Sahava Bot and Chauthi Bhint, are particularly well known. Her autobiography, Aaydan, received major awards.

Urmila Pawar is a distinguished writer of fiction in Marathi. Her collection of short stories, Sahava Bot and Chauthi Bhint, are particularly well known. Her autobiography, Aaydan, received major awards. 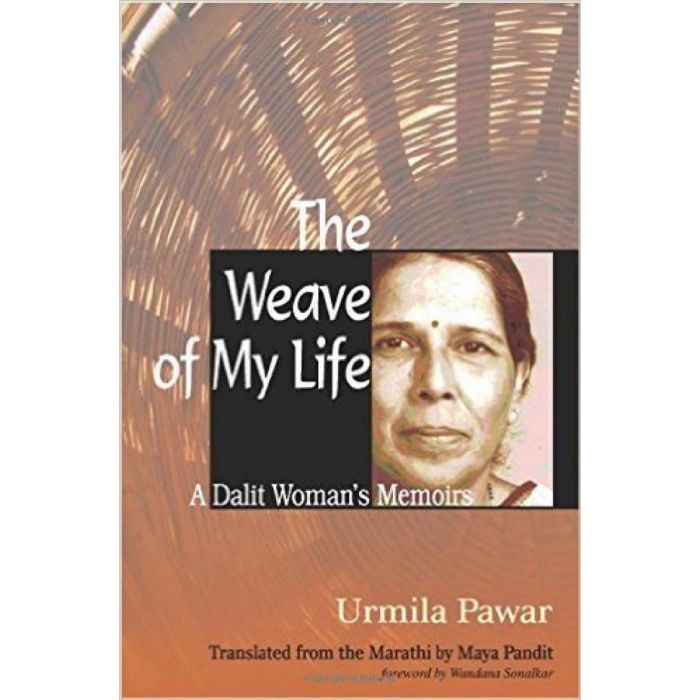