A Life In Three Octaves

The Musical Journey of Gangubai Hangal

Gangubai was born to a family of traditional musicians in Dharwad and went on to become one of the greatest vocalists of the Hindustani classical music. ‘A Life in Three Octaves’ is an account of the life and times of this extraordinary musician who forged the highest form of art through the crucible of her circumstances.

Deepa Ganesh, Gangubai Hangal’s biographer, brings to life the historical moments which shaped Gangubai’s musical persona: the changing landscape of patronage and the arrival of the gramophone in India; the dying phase of the courtesan singing tradition and the creation of a public sphere; the rise of Marathi natyasangeet; the institution of All India Radio; and above all the Indian freedom struggle. She describes in detail Gangubai’s intimate relationships, especially those with her husband, her guru and her daughter Krishna, which were to profoundly influence her musical practice and her personality. To represent Gangubai’s life is to return time and again to her music.

Intimate, endearing and sincere, ‘A Life in Three Octaves’ presents to us the first-ever portrait of Gangubai: poised between the riches of tradition and the promise of modernity.

A study of Gangubai’s life and her music can never be two separate things. She was very much a child of her times even as she stood to alter the course of history.

During any narration of her life, she recorded how the momentous happenings – in fact a range of them – did have a bearing on her; at times they were a part of her unconscious avowal.

Past was not something dead and gone, but something that was living and that which continued to live in her as did people who shaped her life and the values they represented. Drawing from it constantly, she invigorated her present.

True to the Kirana stamp, Gangubai was also a pursuer of the sur. For her, tradition was of immense value. She would say, “It is the labour of one who teaches and the one who learns.” When the air of change and novelty was blowing across the entire country, it was only Gangubai and Hirabai Badodekar, who stood for convention. They carried a deep reverence for the knowledge that was passed on by the guru, a belief that it was complete. New depths had to be found within the framework of tradition itself, and never outside of it. Faith in guru and her art was above everything else for Gangubai; hence commercialisation of music was something that she never had to battle with.

She never found the need to introduce any frills in her music. She sang the truth, as it appeared to her, and that was Gangubai’s virtuosity.

Deepa Ganesh has a master's in English literature. After a brief stint as an English lecturer, she became a journalist, and is presently Senior Assistant Editor with The Hindu, Bangalore. She is passionate about translations and is a student of music, trained in both the Carnatic and Hindustani styles. 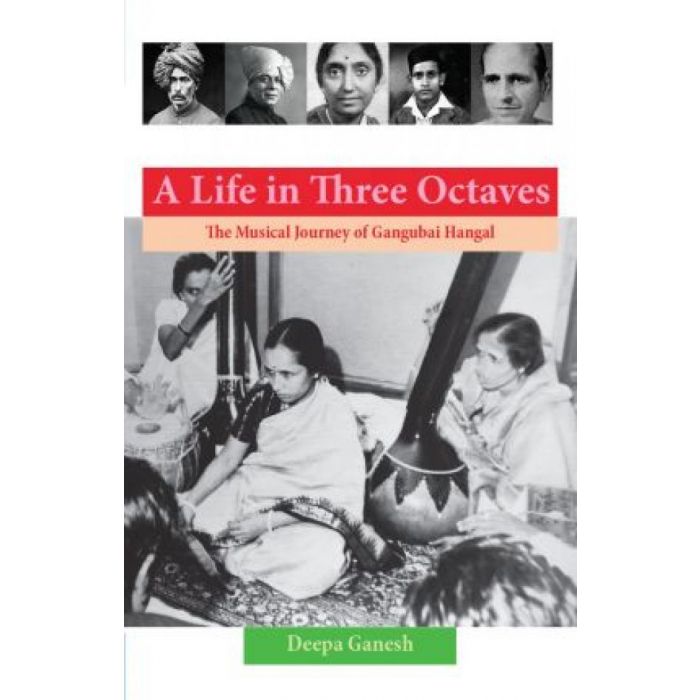