The Strength of Our Wrists

Premanand Gajvee writes with a fierce urge to expose unspoken histories and set right historical wrongs. His plays, never complex, have the unerring ability to unsettle and move the reader, and compel us to reckon with discomfiting realities. The three plays translated from Marathi in this collection each representing a distinct style in Gajvee s oeuvre probe contentious questions of contemporary relevance, often evoking widespread debate. The one-act Ghotbhar Pani (A Sip of Water), performed over 3,000 times, fuses a folk idiom with absurdist, nameless characters; the Greek tragedy-like Kirwant explores the plight of a sub-caste of untouchable brahmins who are despised for performing death rites; and Gandhi Ambedkar stages the clash between two titans mediated by an irreverential, imaginary, interstitial clown.

Premanand Gajvee is a prominent Marathi playwright. After storming the Marathi stage with his one-act Ghotbhar Pani (A Sip of Water) in 1977, which has been staged over 3,000 times, Gajvee has written eleven one-acts and thirteen full-length plays, besides a novel, two short story collections, and a volume of poetry. He co-founded the Bodhi Natya Parishad in Mumbai in 2003 with the aim of encouraging new, socially relevant plays in Marathi. 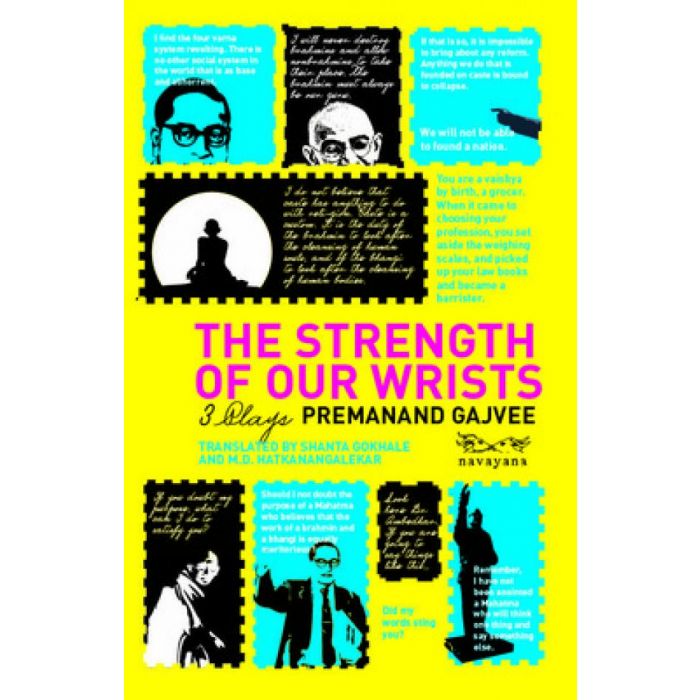