Antinomies of Modernity argues that concepts of Race, Orient, and Nation have been crucial to efforts across the world to create a sense of place, belonging and solidarity in the midst of the radical discontinuities wrought by global capitalism.
INR 0.00
In stock
SKU
pro_465
Emphasizing the continued salience at the beginning of the twenty-first century of these supposedly nineteenth-century ideas, the essays here stress the importance of tracking the dynamic ways that Race, Orient, and Nation have been reworked and used over time and in particular geographic locations. The contributors explore aspects of modernity within the societies of South Asia, the Middle East and Africa. Whether considering how European ideas of Orientalism became foundational myths of Indian nationalism; how racial caste systems between blacks, South Asians, and whites operate in post-apartheid South Africa; or how Indian immigrants to the United States negotiate their identities, the essays demonstrate that the contours of cultural and identity politics did not simply originate in metropolitan centres and get adopted wholesale in the colonies. Colonial and post-colonial modernisms have emerged via the active appropriation of, or resistance to, far-reaching European ideas. Over time, Orientalism and nationalist and racialized knowledges become indigenized and acquire a completely “Third World” patina.

Vasant Kaiwar is Visiting Assistant Professor of History at the Trinity College of Arts & Sciences, Duke University, North Carolina, USA. He is the author of The Postcolonial Orient, The Politics of Difference and the Project of Provincialising Europe. 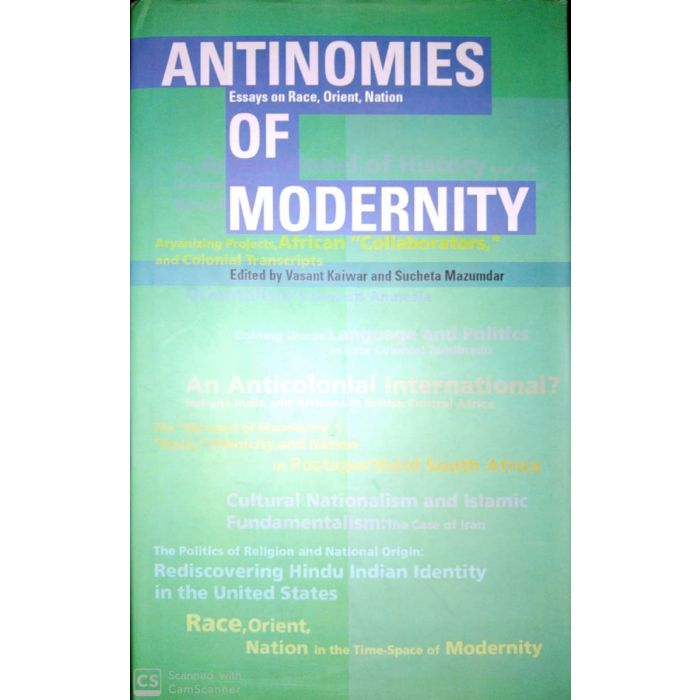