From an occasionally employed, lower middle-class Bengali Muslim intellectual on the borderline of starvation in the city, he was to become ‘the chief accused’ at the Meerut communist trials started by the colonial government in 1929. What was the road travelled before challenging imperialism ‘from the dock’? In 1913 Muzaffar Ahmad (1889–1973) was just one more individual adrift in the sea of migrants arriving from rural Bengal to Calcutta. His ambition was to be a writer. Yet in the vortex of metropolitan upheavals, his life would take a completely different turn. Taking Muzaffar Ahmad’s early career (1913–29) as its chronological frame, this book examines the dialectical interplay between social being and a wider social consciousness in late colonial Bengal which drew a section of Muslim intellectuals to communism.

Muzaffar’s life converged with a significant phase in the social and political history of India and the world: 1913 marked the eve of the First World War, while the Wall Street stockmarket crash set off the Great Depression in 1929.During this period, especially after the success of the Bolshevik Revolution in 1917, socialist ideas and communist activism became politically familiar in different parts of the globe. In the post-First World War climate, many alienated urban intellectuals– from Cairo to Shanghai – stood at the crossroads of established identities and radical currents. Informed by working-class protests from below and a leftward turn in the literary/cultural fields, many in India were also moving away from the political routes open to those from their social background to combat colonialism and identifying with alternative visions of decolonization.

By tracing this process in the context of Calcutta through Muzaffar Ahmad’s transitions, the little investigated history of the left in Bengal prior to Meerut is unravelled, and is related to the convergences between individual radicalization and the emergence of a new political space in a colonial city. The connected histories of communism, port-cities, Bengal Muslims, workers, intellectuals, youth, migration, colonial intelligence, early left organization, radical prose, local/regional activism and internationalist currents are also probed in this context.

Suchetana Chattopadhyay teaches history at Jadavpur University, Kolkata, West Bengal. She studied at Jadavpur University and the School of Oriental and African Studies, University of London, and has published articles in South Asia Research and History Workshop Journal. She is the author of An Early Communist: Muzaffar Ahmad in Calcutta, 1913–1929. 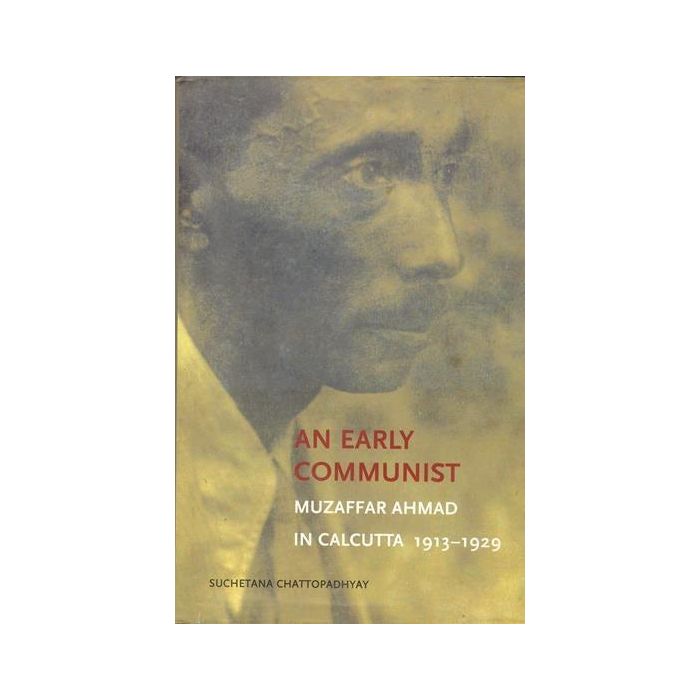