INR 250.00
In stock
SKU
pro_140
A generalized pathology of chronic mendacity seems to be a structural condition of global capitalism at the beginning of the 21st century. The lies told in Washington and London about the invasion of Iraq are only a conspicuous case of the general problems of legitimacy generated by neoliberalism and empire. Honesty and plain speaking by politicians have become exceptional, and the journalistic profession is shamefully complicit. The empty language and sales-pitch mentality of corporate culture increasingly pervade all areas of life. Hardly less important is the growing subordination of scientific research to commercial ends, and the deliberate abdication of a significant segment of the academic intelligentsia from the vocation of telling the truth. Fifteen leading writers explore the problem of truth and the lack of it. Contributors: Atillio A Boron, Terry Eagleton, Barbara Ehrenreich, Ben Fine, Doug Henwood, Michael Kustow, Colin Leys, Robert W McChesney, David Miller, Frances Fox Piven, Sanjay G. Reddy, John Sanbonmatsu, G M Tamas, Elisa Van Waeyenberge, Loic Wacquant 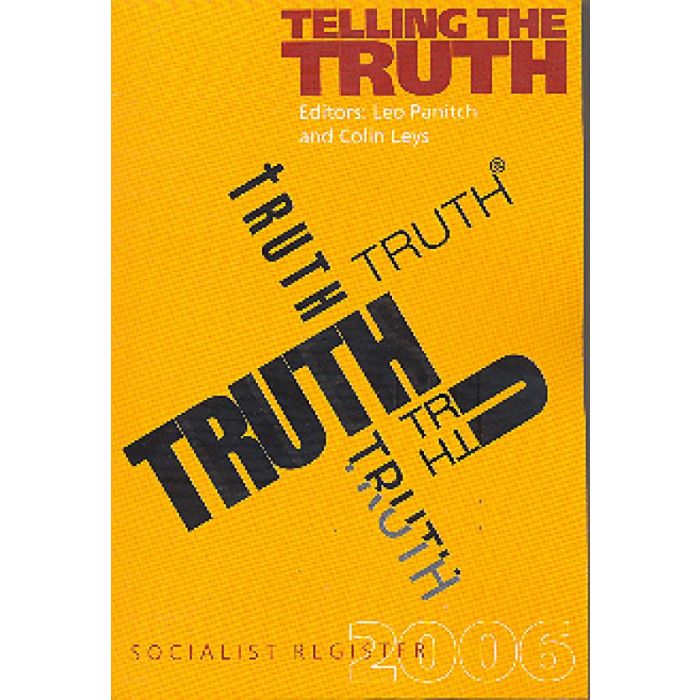