Iraq, Afghanistan and the Imperialism of Our Time

Starting immediately after the catastrophe of 11th September 2001 and spanning over the next two years, Aijaz Ahmad published a number of long articles on the global imperial design and the wars of occupation that the US launched against Afghanistan and Iraq. Twelve of those articles are included in this book. Together. these articles offer a wealth of factual detail and analysis covering the background of US policy, preparation and execution of the two wars, and the re-emergence of resistance in the two countries. A lengthy introduction and a brief note on the captivity of Saddam Hussein by the US forces brings the story up to mid-December 2003.

This is followed by the essay 'The Imperialism of Our time'. In a major theoretical intervention, Aijaz Ahmad argues that the US has pursued a consistent policy since the First World War and the Bolshevik Revolution aimed at destruction of communism; defeat of Third World nationalism; and establishment of clear and permanent superiority over competitors in the capitalist world. After the dissolution of the USSR, the US has launched a global offensive to undo the gains that socialist and anti-imperialist forces had made through much of the 20th century, to impose client regimes in Asia and Africa, and to monopolize the strategic resources of the world. The author tracks the wars of occupation in Afghanistan and Iraq as they unfolded within this larger theoretical framework. Inter alia, he also covers a number of related topics: the regime of genocidal sanctions and ferocious bombings by the US-UK alliance over roughly twelve years; the dastardly role of the UN; the ambiguous role of the EU and the currency war between the dollar and the Euro; the politics of oil in Iraq, the Middle East and the Caspian Sea basin; and several other issues of fundamental importance for understanding the imperialism of our time. 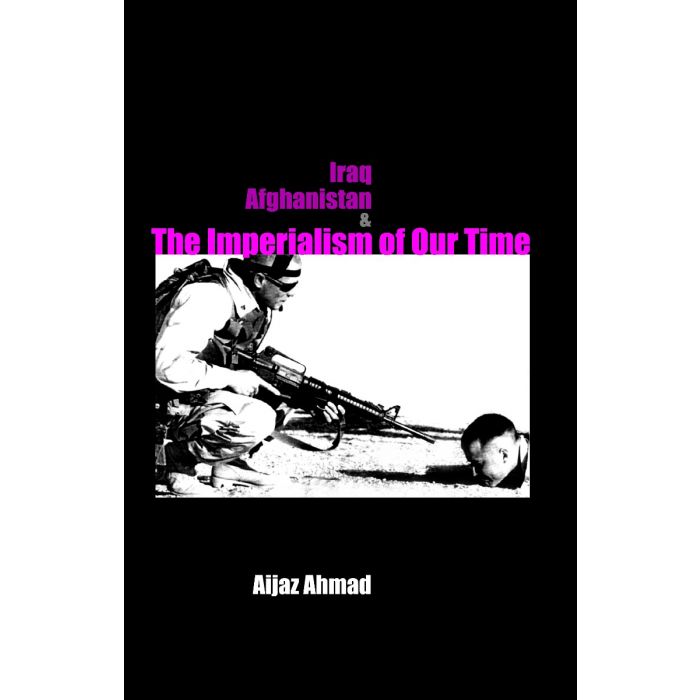 Many of my colleagues and students collected Ahmad’s pieces as they appeared in Frontline. I would strongly urge them to acquire a copy of this book – it brings the narrative up to date and it includes a longish theoretical essay [on imperialism].