‘G.P. Deshpande makes a brilliant attempt to foreground Phule’s system of ideas in a series of tough arguments. . . . [This book] will prompt some of us to liberate Phule from self-serving cultural symbolism and situate him in the tradition of self-criticism, which was one of Phule’s core intellectual projects.’ – Gopal Guru, Economic and Political Weekly

‘This excellent volume is a must-have for anyone interested in the questions relating to caste, class and gender. In his Introduction, G.P. Deshpande speaks of the hope and melancholy of our times; reading Phule embellishes us with the necessary faith and rejuvenation.’ – Meena Kandasamy, Biblio

Jotirao Phule (1827-1890) was India’s first systematic theorist of caste, and the most radical 19th-century opponent of it, who desired nothing less than a complete smashing up of its oppressive structure. This volume makes available all his most important prose writings in English.

At the centre of Phule’s thought and analysis are Gulamgiri (Slavery) and Shetkaryacha Asud (Cultivator’s Whipcord), both included in this volume in their entirety. Also included are Phule’s deposition to the Hunter Commission on Education; his response to the Parsi social reformer Malabari’s notes on ‘Infant Marriage and Enforced Widowhood’; his letter to M.G. Ranade regarding the Marathi Authors’ Conference; his stirring defence of Pandita Ramabai in two numbers of the journal Satsar; and selections from The Book of the True Faith.

All translations have been specially commissioned for this richly annotated volume, and the Editor’s Introduction places Phule’s life, work, and thought, as well as each text included in this volume, in historical perspective. For anyone interested in the question of caste, this volume is an indispensable resource.

G.P. Deshpande (1938-2013) retired as Professor of Chinese Studies at the School of International Studies, Jawaharlal Nehru University, New Delhi. He is the author of The World of Ideas in Modern Marathi: Phule, Vinoba, Savarkar (Tulika, 2009), Talking the Political Culturally and Other Essays (Thema 2009) and Dialectics of Defeat: The Problems of Culture in Postcolonial India (Seagull 2006). He is also a playwright and critic in Marathi. His best-known plays include Uddhwasta Dharmashala (A Man in Dark Times), Andhar Yatra (Passage to Darkness), Chanakya Vishnugupta, Raaste (Roads), and Satyashodhak, a play on the life and times of Jotirao Phule.

Maya Pandit is a poet, translator, teacher developer and an activist who has been involved with the women’s movement in India and alternative theatre movement in Maharashtra for the last three decades. An accomplished translator, she works with Marathi and English and has translated several plays, autobiographies and fictional narratives across the two languages. She has published several research papers in feminist and Dalit studies, translation studies and English language training (ELT). She is a professor at the English and Foreign Languages University, Hyderabad. 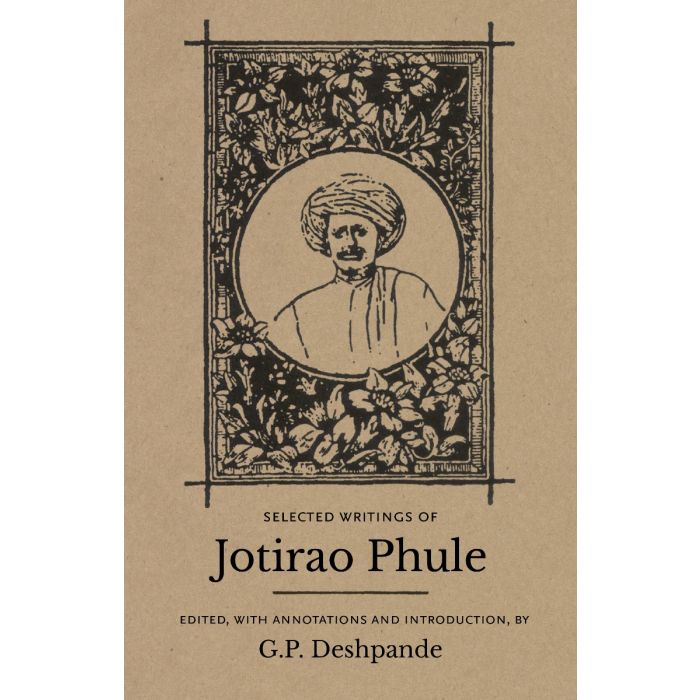 This volume is a must for all those to whom the book is dedicated – 'Shudraatishudras of various colours and hues including the organized ones'.

This book will enable serious researchers as well as activists to place Phule in the context from which he was constructing an agenda for Dalit assertion.

. . . this selection provides a fairly comprehensive view of the issue and concerns central to Phule's thought.