The Dialectic of Structure and History

In this, the second volume of 'Social Structure and Forms of Consciousness', Istvan Meszaros brings the comprehension of our condition and the possibility of emancipatory social action beyond the highest point reached to date. Building on the indicatory flashes of conceptual lightning in the 'Grundrisse' and other works of Karl Marx, Meszaros sets out the relations of structure and agency, individual and society, base and superstructure, nature and history, in a dialectical totality open to the future. The project is brought to its conclusion by means of critique, an analysis that shows not only the inadequacies of the thought critiqued but at the same time their social-historical cause. The crucial questions are addressed through critique of the highest point of honest and brilliant thought in capital's ascending phase, that of Adam Smith, Kant, and Hegel, as well as the irrationalities and dishonesty of the apologists of the capital system's descending phase, such as Hayek and Popper. The dead ends of both Levi-Strauss's structuralism and post-modernism, arising from their denial of history, are placed in their context as capital-apologetics. What Meszaros, the leading Marxist philosopher of our times, has achieved is of world-historical importance. He has cleared the philosophical ground to permit the illumination of a path to transcend the destructive death spiral of the capital system.

MARXIST THEORY | SOCIOLOGY |
Skip to the end of the images gallery 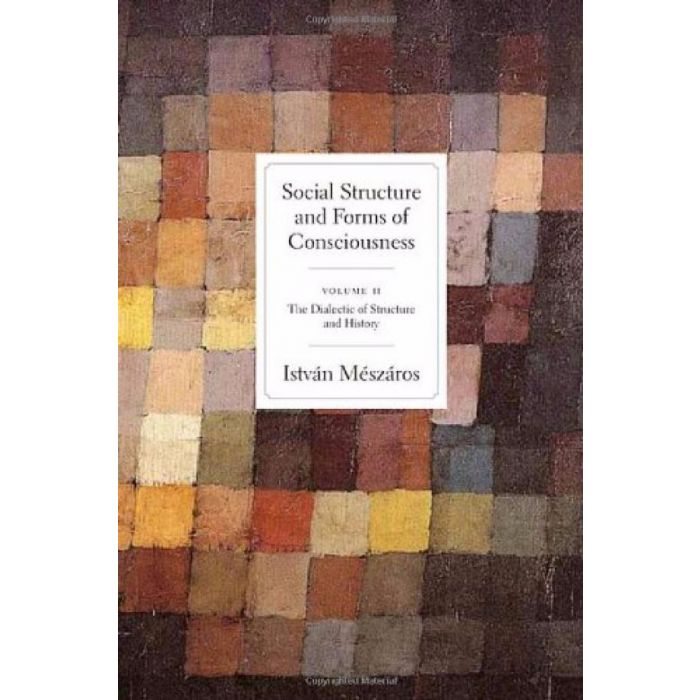