The Destruction of Hyderabad

INR 780.00
In stock
SKU
pro_73
The story of the fall of  Hyderabad  State has been told a good many times. Told mostly by the ‘court historians ’ of Indian nationalism, this study seeks to revise the official historical account of the ‘police action ’ (1948) led by the Indian army against the forces and government of the Nizam of  Hyderabad. The  Destruction  of  Hyderabad  provides a detailed record of the diplomatic exchanges between the Government of India and the Government of  Hyderabad  during the British Raj, and after partition and independence in 1947, based on archival sources in  Hyderabad  which remain largely unexplored by scholars. The author has unearthed contemporary diplomatic correspondence, the Sunderlal Committee report on the massacre of  Hyderabad ’s Muslim population during and after the ‘police action ’ (since suppressed by the Indian state), and a wealth of memoirs and first-hand accounts of the clandestine workings of territorial nationalism in its bleakest and most shameful hour. The author brings to light the largely ignored and fateful intervention of M.A. Jinnah in the  destruction  of  Hyderabad, both while he was President of the Muslim League and after he became Governor General of Pakistan. He also addresses the communal leanings of Sardar Patel and his hand-picked Agent-General K.M. Munshi in shaping Hyderabad ’s fate. The  book  is dedicated to the ‘other ’  Hyderabad: a culturally syncretic state, a tolerant society, and a rich composite culture which communal forces in India found alien. A.G. Noorani  is an Advocate, Supreme Court of India, and a leading constitutional expert and political commentator. He is a regular columnist for Frontline and the author of numerous  books, including  The Kashmir Dispute 1947 –2012, in two volumes (2013);  Islam, South Asia and the Cold War  (2012);  Article 370: A Constitutional History of Jammu and Kashmir  (2011);  Jinnah and Tilak: Comrades in the Freedom Struggle  (2010);  India –China Boundary Problem 1846 –1947: History and Diplomacy  (2010);  Indian Political Trials 1775 –1947  (2006);  Constitutional Questions and Citizens ’ Rights  (2006);  The Muslims of India: A Documentary Record  (editor, 2003);  Islam and Jihad: Prejudice versus Reality  (2003); and  The Babri Masjid Question 1528 –2003: ‘A Matter of National Honour ’, in two volumes (2003). A third volume of  The Babri Masjid Question  is forthcoming from  Tulika  Books. This book is published by Tulika Books. 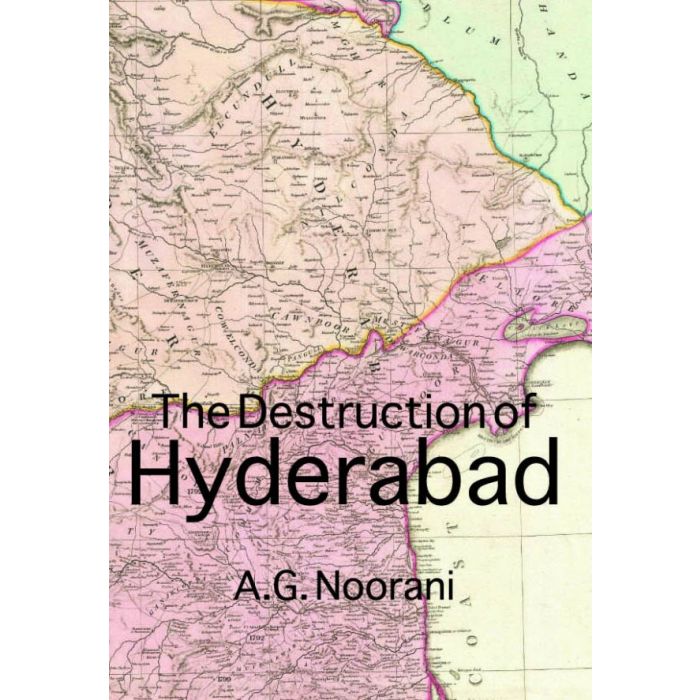