"In the courts of law and justice, the civil and criminal cases concerning the title to the Babri Masjid and accountability for its destruction, on 6 December 1992, have all but run their course. Neither legality nor justice has been conspicuous in the proceedings or in the many judgments delivered. On past form, there is little hope for redress in legal proceedings after that grave and utterly wasteful crime.... The forces of India's secularism can ignore the challenges ahead only at the nation's peril. At stake is the survival of India's democracy and its corollary, secularism." (From the author's preface)
INR 0.00
In stock
SKU
pro_43

Destruction of the Babri Masjid: A National Dishonour is a sequel to The Babri Masjid Question 1528–2003: 'A Matter of National Honour', published in 2003 in two volumes – a compilation by A. G. Noorani of documents and primary source material on various aspects of the Ram Janmabhoomi–Babri Masjid dispute, covering the demolition of the Masjid on 6 December 1992, and the legal proceedings in the civil suits and criminal cases up to mid-2003. The present volume brings the narrative up to date. It covers the three Allahabad High Court judgments, the Liberhan Commission Report, the tortuous course of the criminal cases, and disclosures and developments in the last decade – from 2003 till the end of 2013.

An introduction surveys the events before and after the demolition of the Babri Masjid, and analyses the judgments delivered by the three judges of the Allahabad High Court in 2010.

COMMUNALISM | CONTEMPORARY HISTORY |
Skip to the end of the images gallery 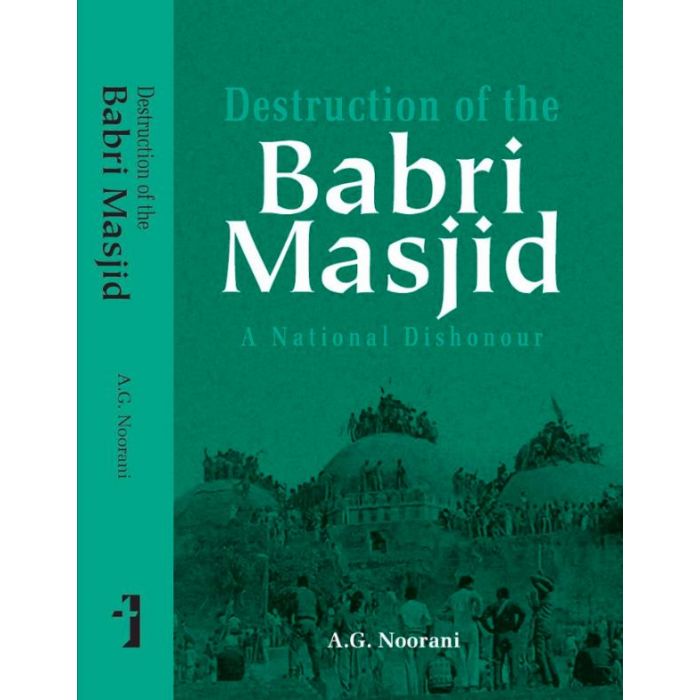