An Introduction to 'Capital ' Volume-I

INR 275.00
In stock
SKU
pro_27
Social Scientist  completed forty years of publication in the year 2012. To mark this occasion, it is planned to bring out a number of volumes containing articles on specific themes from past issues of the journal. The present book is a part of this series. It contains a set of thirteen essays written by Professor Venkatesh Athreya (under the pseudonym A.V. Balu) to provide readers with an introduction to  Marxian  political  economy, which were published in issues of  Social Scientist  during the years 1976 –78. They are mainly concerned with Volume I of Karl Marx ’s  Capital,  with a focus on the origin of surplus value which is the key to the anatomy of capitalism. These essays had attracted wide attention at the time they were published, and were used extensively in Marx study circles all over the country. What distinguished them was the fact that they were authored by an outstanding professional economist, familiar with frontier research not only in Marxist economics but in bourgeois economics as well, and with a rare mastery over mathematical and statistical techniques. They were therefore written with a panache and sureness of touch that one often finds lacking in standard textbooks. Since the 1970s, when these essays were written, there have been dramatic changes in the world capitalist system which are of far-reaching economic,  political  and ideological significance. However, they are being presented in this book exactly as they were when first published. The central reason for this is that they did not deal with capitalism as it existed at the time they were written, except for passing references. Instead, they are an exposition of Marx ’s ideas as presented in Volume I of  Capital, intended for lay readers and students with an inclination to analytical thinking as well as interest in progressive thought. The book does,  however, include an introduction by the author explaining the changed context. Venkatesh Athreya, a chemical engineer-turned-development economist, served as Professor of Economics at Bharathidasan University, Tamil Nadu, for nearly three decades. His earlier works include  Barriers Broken  (co-authored with Djurfeldt and Lindberg, 1990) and  Literacy and Empowerment  (co-authored with Sheela Rani Chunkath, 1996). He was the lead author of  The Report on the State of Food Insecurity in Rural India  (2008) and  The Report on the State of Food Insecurity in Urban India  (2010). He has written extensively on issues of agrarian change, literacy, gender, infanticide, food security, human development and  political  economy. This book is published by Tulika Books
MARXIST THEORY | POLITICAL ECONOMY |
Skip to the end of the images gallery 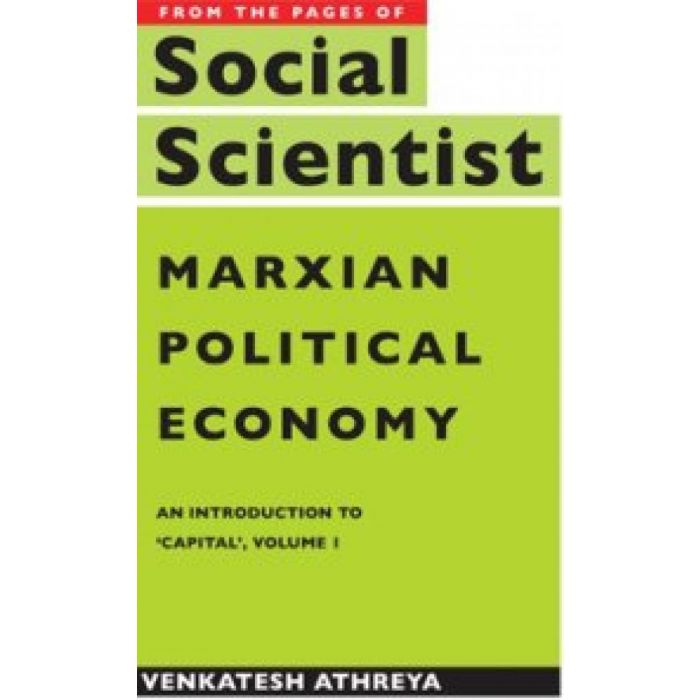